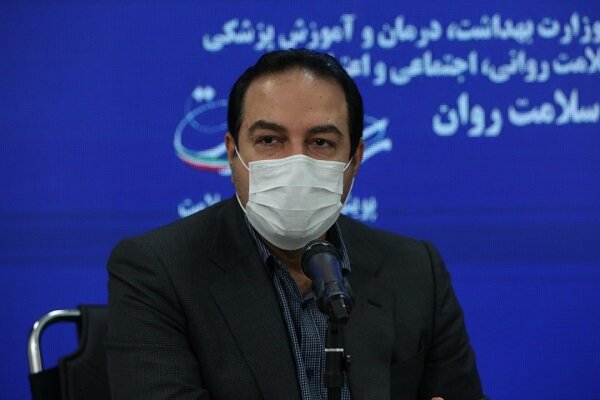 Alireza Raeisi in a special news talk show on Saturday night of the second channel of Sima added: all cities in the country should follow the health procedures to prevent the corona from peaking again.

He also said: the situation in Gilan province is out of the red and now no city in this province is red and the trend of coronary heart disease is decreasing.

The spokesman of the National Headquarters for Combating Corona added: out of 16 cities in Gilan, 6 are yellow and 10 are orange.

He said: in Gilan province, the city of Talesh is orange and needs care.

He said the decision on the possible reopening of the first and second elementary schools was postponed to the next two weeks to consider all aspects.

A spokesman for the National Corona Campaign added: “Studying the Corona epidemic has taught us and the world many lessons, including the fact that the virus is a skilled swimmer and invades whenever the opportunity arises.

He attributed the new peak of coronary heart disease in Europe to the cooling of the air, the opening of restaurants and nightclubs, and added: “The transmission of the coronavirus has increased and in the last 3 days more than 3,000 people die every day in the United States and Germany.” 790 people died in one day.

A spokesman for the National Corona Headquarters said: “We will enter winter from the night of Yalda onwards, and if we do not cancel the periods, we will suffer from the next wave of Corona disease.”

He added: “If we do not observe Yalda night, we will probably see the corona rise again in two weeks.”

A spokesman for the National Corona Headquarters said: “In Europe, the family cycle is 75% and in Iran it is 51%.

He added: “The metro, public transportation system and congestion centers are our very serious concern in the spread of Crohn’s.”

A spokesman for the National Corona Headquarters said: “It is not enough to wear a mask, but there must also be social distance and proper ventilation.”

Regarding the corona vaccine, he added: “The domestic vaccine is entering the human stage and must be evaluated in order to be able to enter the mass production stage.”

A spokesman for the National Corona Countermeasures Agency said the domestic corona vaccine should be tested for efficacy and safety, and that the process would take several months to produce an approved vaccine.

He added: “Consultations are also underway to import trusted and reliable vaccines for vulnerable groups, but the production and import of vaccines means abandoning the procedures.”
It is not hygienic and we need time to reach the level of safety.

A spokesman for the National Corona Headquarters said: “No vaccine is 100% effective and health guidelines must be followed.”

He added: “If the domestic vaccine passes its tests well, it will be available in late spring and will be mass-produced.”

A spokesman for the National Corona Headquarters said: “It is five or six months until then and we must follow the rules.”

He added: “Since the beginning of October, we have increased the number of corona tests to more than 40,000, and by imposing restrictions from November 26, we have imposed restrictions on 160 cities on December 1.

A spokesman for the National Corona Headquarters said: “At the moment we can not evaluate the result of the plan of Martyr Haj Qassem Soleimani and it is too early to do so, but this plan helped us a lot and can prevent the next peak of Corona due to early diagnosis.” Isolate the patient and support the needy.

He added: “For example, in Gilan, with the implementation of the plan of Martyr Haj Qasem Soleimani, about 400,000 people tested, of which 1,650 were positive, and of these, 563 were from poor families who were provided with quarantine, livelihood and support facilities.”

A spokesman for the National Corona Headquarters said traffic was restricted from 8pm to Saturdays and Sundays, adding: “After that, traffic will return to normal and if the city is orange, traffic will be prohibited from 9pm to 4am.”

He added: “According to statistics, the traffic ban has been very successful in controlling Corona.

A spokesman for the National Corona Headquarters said: “In Tehran, we have an 80% reduction in intercity compared to last year, and inter-provincial traffic has decreased by 26 to 31% during this period.”

He added: “We do not have a humanitarian interpretation of the statements of White House officials and their professionalism has a political aspect, because they do not even allow us to transfer money.”

“Recently, the Americans stopped the 5 million flu vaccines that we wanted to import from Turkey,” said a spokesman for the National Coronation Headquarters.

He added: “The Americans have created fear and terror for companies in dealing with Iran and have imposed sanctions on our country that not even a charity in the United States can send a pack of pills to Iran.”

A spokesman for the National Corona Headquarters said the recruitment test would be held on time.

Raisi added: considering that one hundred thousand people are waiting to be recruited in government offices, the employment test will be held in January, in compliance with all health procedures in 2,700 constituencies.

Mohammad Asaei, Advisor to the Minister of Health, also said in the program: “With the implementation of the plan of Martyr Haj Qassem Soleimani from December 2, with the cooperation of the people, Basij, IRGC and other organizations, we will see a reduction in mortality and morbidity and thank the people for observing health procedures.” .

Asai said: “At the beginning of the project, we had 475 feet, which was supposed to reduce the death toll by 10 percent in the first month and 30 percent in the third month, but today the number of deaths due to corona has decreased by 60 percent and the number of new cases It has reached 7,000 people.

He said: 17 million people live in the provinces of Tehran and Alborz, and the population of the suburbs of these provinces and the state of public transportation is worrying and could be the source of the outbreak of the disease.

Asaei added: With the implementation of the plan of Martyr Haj Ghasem Soleimani in Tehran, 5,830 hospitalizations have been reduced to 2,700 and the number of deaths has been reduced by one third.

Adviser to the Minister of Health said: “A month ago, 270 people lost their lives in Tehran every day due to Corona, which has now been reduced to 70 feet.”

Asai said: 145 people were hospitalized in Karaj a month ago, but today this number has decreased to 61 people.

Adviser to the Minister of Health added: the number of deaths has increased from 23 per day to two on Saturday.

He said: the number of outpatients in Karaj has increased from 332 to 117.

Asai added: “We do not have such a problem in small cities and our main problem is in metropolises.”

Adviser to the Minister of Health said: this disease should not be hidden, because it causes the spread of the disease.

He added: “The corona virus transmission chain has not been cut yet and there is an infection until the chain is broken.

Asayi said that many of the deaths were between 40 and 50 years old. “New and stricter instructions should be issued, and based on this, we will raise this issue in the provincial headquarters on Monday and send it to the central headquarters against Corona.”

“Education is the most important issue to fight coronary heart disease,” Asai said.