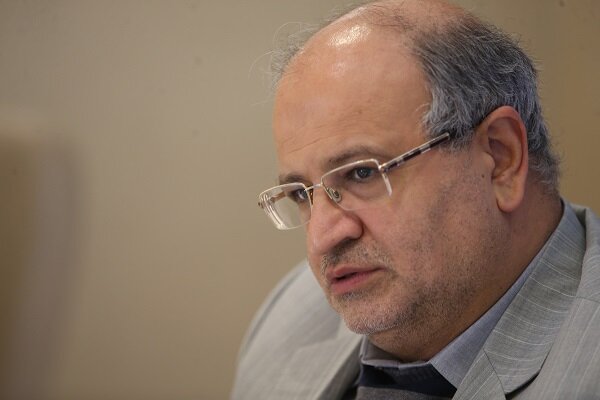 According to Mehr News Agency, Alireza زالی, In a ceremony honoring the position of the nurse, which was held virtually, described the nurse’s day as an opportunity to pay attention to the demands of nurses and their fulfillment.

Referring to the moral virtues of Hazrat Zainab (s) He called the naming of his birthday as Nurse’s Day a source of pride for the nursing community and said: “It is good that our nurses are such a great and prominent figure.” Oh you As an example of their personal and social life.

زالی Referring to the meeting of nurses in a group meeting with the Supreme Leader last year, he stressed the need to fulfill his orders regarding the demands of nurses.

The President of Shahid Beheshti University of Medical Sciences reminded: “Since Corona has overshadowed the health sectors of the country, nurses have played a prominent role in the national fight against this virus as an educated class.” اند.

He continued: out of 145 thousand nurses who currently serve in the health system of the country, about 60 thousand people have been infected with coronary artery so far. اند And more than 100 martyrs in the field of nursing have been dedicated to the country.

زالی Stating that the nursing profession is unstoppable even in national and religious rituals, he said: “During the corona outbreak, due to the dangers of the medical staff communicating with other people, many nurses did not even have the emotional support of the family.”

He went on to express some of the most important demands of nurses and said: “One of the most important challenges in the field of nursing is the lack of manpower and work pressure; Due to the significant increase in the incidence of the treatment team in the second and third coronary waves and the need for patients to rest for at least 10 days, the lack of force puts additional pressure on the nurse colleagues.

زالی He continued: in the process of attracting manpower, a laziness inertia Bring There is a need to find a shortcut as soon as possible with the participation of the government and parliament.

He added: “According to the needs assessments carried out until 1405, 20,000 new troops should be recruited annually in order to witness a leap in providing nursing services in accordance with the standards.”

زالی Referring to the decrease in the dedicated income of hospitals and the consequent reduction in the number of staff, especially nurses, he stressed the need to improve their employment status.

He said that since the outbreak of coronary heart disease in the country, many ordinary hospital beds have become intensive care beds. اند“The difficulty of caring for patients in these wards should be the same as the hard work of the intensive care unit,” he said in consideration To be taken.

The President of Shahid Beheshti University of Medical Sciences further stressed the need to improve the condition of nurses’ rest rooms, pay attention to welfare aspects such as reducing working hours and increasing rewards. Crown The nurses stressed.

زالی He expressed hope that the old wound of nursing demands would be repaired in such a way that we would see a cheerful smile on the faces of nurses.