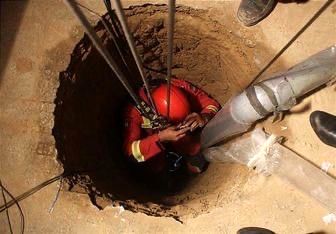 According to the Shaman News reporter from Shiraz, The head of the Shiraz Municipality Fire and Safety Services said: The team from Shiraz, Station 17, a 19-year-old girl who was walking in a garden in Khan Zanian due to lack of visibility and lack of proper protection on the wellhead in the garden. An 8-meter well had fallen and was rescued.

Mohammad Hadi Ghaneh stated: The firefighters ended their operations after handing over the injured person to the emergency services and installing warning signs in the area of ​​this well and handing over the accident site to the owner.

He added: “Owners or employers who are aware of the existence of such wells in their workplaces and spaces such as gardens and old houses, must install a suitable cap and place warning signs around the wells so that we do not witness such unfortunate incidents.”