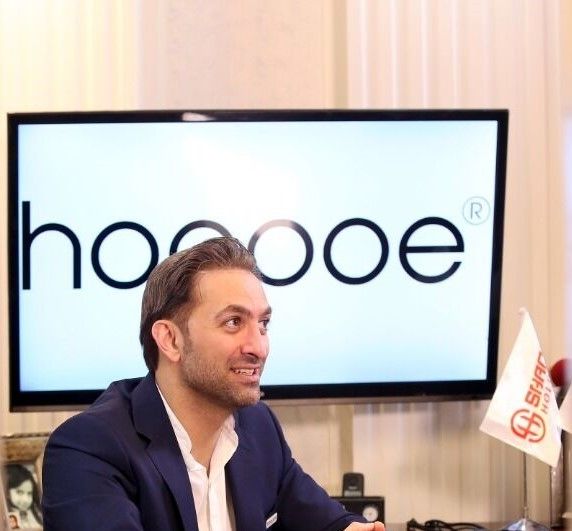 These instructions and guidelines are inherently binding in nature and also include an approach to the need to get out of unstable conditions and reach areas of authority and prosperity. , Governments, organs and … responsible institutions have prevented the realization of these strategic plans.

Studies show that regardless of the years 1378 and 1379, when only the naming of these years was symbolic in nature, from the third year, economic concerns gradually became one of the fixed elements in the annual guidelines, the leader of the revolution and finally in the last five years Has become dominant in their discourse.

In the third year, along with the concept of “national authority”, the issue of “employment creation” as the most important economic weakness of the country and the Achilles heel of the flourishing of life indicators and one of the indicators of development is in the center of their attention.

A few years later, in 2008, with the emergence of “innovation and prosperity” in this year’s nomination, the economic element once again became the dominant dimension and managers and economic managers of the country to the importance of a new movement in creating creative businesses, development of production And the prosperity of the service sector is noted.

Next year, this trend will be the focus of attention due to the issue of “consumption pattern reform”, which is one of the complementary mechanisms of all fundamental economic movements. The purpose of proposing these two concepts is economic prosperity and once again attention to the issue of economics (of course, in the shadow of work and effort and the use of internal potentials), which, of course, brings with it a kind of internal critique, in the sense that the adjective “double” It seems that this means that the effort and work done so far has not been sufficient and faithful to the purpose.

Attention to economic categories from 1390 to 1393 has once again become more pronounced and this time more economic and entrepreneurial nature, again with emphasis on domestic potentials and respectively in these three years with the titles: “Economic Jihad , Manifests national production and support for Iranian labor and capital, and its “political epic and economic epic.”

The following year (2014), this issue will be emphasized once again, and this year will be named as “Economy and Culture, with National Determination and Jihadi Management”, which pays attention to the selected phrases and emphases, indicating a kind of urgency and the need to accelerate It works.

The fact is that if we put together the policies of the Supreme Leader’s annual nominations and instructions as pieces of a puzzle and analyze them, the general policies of the country to deal with mainly economic problems will become quite clear.

It is obvious that considering his aristocracy to the major issues of the country and the reports and conclusions available to him, the design of such topics is not only symbolic, but also fully executive and based on the demands and general discretion of the country. Paying attention to the keywords embedded in these positions and their accurate interpretation shows that over the years, these messages have not only moved more seriously towards economic approaches, but every year, its emphasis has been added.

So much so that in 2016, when it took the title of “resistance economy”, this key and new concept was emphasized and approved in his political and economic solutions with the two words “action” and “action”. However, unfortunately, the management body and the source governments have not been able to effectively cover the previous approaches of the society, and the above two terms have been used both as a critique and as a kind of enlightenment for the way forward.

Hence, this year we come across a new category, “resistance economy”, which is almost unprecedented in the world economy, which is accompanied by two emphatic elements, such as “insufficient action” and “inaction” of governments and the body of economic management. It also implicitly criticizes the country.

From 2016 onwards, his annual guidelines and annual letters have a more accurate economic approach and it is stated in more detail that the country’s exit roadmap should be drawn from the current situation and reach the island of stability. The titles nominated for the following years in themselves indicate this importance: “Resistance Economy, Production-Employment”, “Support for Iranian Goods”, “Production Prosperity” and “Production Leap”.

If we pay attention, we will see that the issue of “job creation” returns to the top in the nomination of an Iranian for a year, which shows the depth of the Supreme Leader’s concern in this field and the need for more serious caregivers to create jobs for young people. But why are some of the recurring components not realized over the years?

The truth is that for at least the last two decades, governments and economic decision-makers have not planned enough to fulfill the scripts of the Supreme Leader of the Revolution as an important sign of overcoming the crisis and have not laid the proper rails to achieve the horizons drawn by him.

Suffice it to take a look at the reports published by reputable global sources that all countries of the world are trying to draw their development policies based on these upstream and research-oriented documents. Examination of these documents indicates that the indicators of economic development have been mainly declining.

However, as soon as the annual message of the leadership is published, the responsible institutions have tried to show themselves in line with these guidelines and achieve achievements only from a demonstrative point of view and baseless statistics. Unaware that in the world of information, comparing indicators and studying the results of global research has become so easy and restrained that statistics or refusal to publish statistics can not hide the inefficiency of managers and responsible institutions.

Development indicators such as people’s purchasing power, inflation, employment rate, Gini coefficient, misery index, investment growth or decline, brand decline, small business bankruptcy, lack of sustainable flames, capital flight from the manufacturing sector, and dozens of other important global factors , As in previous decades, is not one of the secrets of the governments and institutions in charge.

But the question is why, in spite of the concerns and emphases of the Supreme Leader and his reference to the horizons and perspectives ahead, in practice, the necessary groundwork is not laid for their realization. In the following, we will deal with one of these areas.

One of the issues that we mention here, and as one of the topics of a codified and macro-national program necessary for the realization of the country’s economic prosperity, is the issue of huge bureaucracy and a wide set of cumbersome rules and regulations in the way of starting businesses. Which is briefly referred to.

According to a report published by the World Bank, the document of which is available on the bank’s website (1), Iran will rank 127th among the 190 countries evaluated in this study in 2020.

This means that working in 127 other countries is easier for those with capital, ideas and knowledge and managerial and entrepreneurial skills than in Iran. Now, the question is what factors and issues have created heavy chains on the hands and feet of Iranian businesses? Another question is how did the countries that facilitated their businesses achieve this success and what were their policies and regulations?

The critical situation of business conditions in countries, despite the urgent need for structural change, while our regional competitors in recent years by adopting serious policies to remove the cumbersome regulations of businesses and, of course, investments, have been able to take steps. Take a step in this direction. These include; Emarat ranks 16th, Turkey 33rd, Azerbaijan 34th, Bahrain 43rd, Armenia 47th and even Saudi Arabia 62nd, which have been very successful in the business regulation facilitation table.

This important annual economic report, based on field studies by 48,000 economic researchers, is so important that the indicators presented in it are almost equivalent to the global indicators of development and the rate of backwardness and growth of different countries.

This report, which can be the basis of several comparative studies by experts in more than 10 important phases, shows the difficulty or ease of starting a business in different countries, including the possibility of “starting a business,” obtaining a building permit. “Receipt of electricity”, “Registration of property”, “Receipt of credit”, “Support for micro-investors”, “Payment of taxes”, “Cross-border trade”, “Execution of contracts”, “Bankruptcy settlement” In total, it includes a review of 45 indicators in these ten areas.

A look at the tops of this list and the countries that are in the next appropriate rankings shows that this list does not follow the usual logic of the two camps “developed” and “underdeveloped”. Georgia, for example, with an economy that has recently gone through a major crisis (1991-1994), is working with its policymakers to facilitate regulation of micro-enterprises, especially in services (especially tourism), as soon as possible to take steps towards economic development. Pull forward. This is while the potential of this country in any field is not even comparable to Iran.

But it seems that the big winner in this field is Iran’s traditional rival, Saudi Arabia, which, by undertaking a series of reforms in the field of facilitation, has suddenly achieved a 30-step growth in facilitating business compared to 1999. Dad.

To improve the business environment, Saudi Arabia amended or created a set of regulations, some of which are as follows: “Establish a corporate security center, eliminate the need for additional documents for married women to register for national identity cards, improve the flow of exports and imports. Strengthening the separate e-commerce window, launching risk-based investigations, establishing an online platform to verify imported goods, and upgrading Jeddah port infrastructure, and reforms leading to better access to credit, strengthening support for small investors, and facilitating the bankruptcy process ”(2)

To understand the importance of the position of countries in this list, it is better to look at the last members of this list. Somalia, Eritrea, Venezuela, Yemen and Libya have been named the world’s worst countries for doing business, unchanged from last year. (3)

Unfortunately, despite this dynamism and rapid mobilization among neighboring and rival countries and the negligence of stakeholders to break the shackles of regulation from the wheel of business continues, while the countries of the world in a breathtaking competition are facilitating employment, investment and development opportunities Are their own economy; In our country, troubled and small businesses are still struggling in the hands of regulators, and the solution does not seem to be anything but a quick and comprehensive “national action” to get out of the current closed space.

Unfortunately, in the current gelatinous situation where the task of public capital is not clear and creative entrepreneurs and dynamic business start-ups are not able to use their potential in the midst of cumbersome rules and regulations, the problem of micro and large capital escaping to the property markets of the region and The registration of Iranian companies in neighboring countries (which, through the facilitation of these regulations, have become an attractive destination for stray domestic capital), can take on far more complex and critical dimensions than it already is.

Emphasizing that successful performance in facilitating the business process in countries and successful performance in the above ranking is directly related to the management style of governments and not the level of development of countries, it is necessary to mention that according to the World Bank report last year. , The world’s largest business environment facilitator, implemented by the economies of the Middle East and North Africa region, which, with 57 regulatory amendments compared to 43 last year, have seen a significant increase in global rankings. The business ease score of the region’s economies has also increased by an average of 1.8 points compared to last year (4), with Saudi Arabia, as mentioned, leading the way.