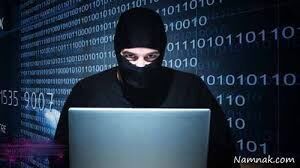 According to Al Jazeera, “Bill Marzal”, a Canadian “expert” on how Mansour’s phone number was hacked, said that he received suspicious messages because they were sent from unknown numbers, and thus Marzal was able to confirm The messages were aimed at installing spyware on his cell phone.

“As soon as it is connected to the Internet, it becomes known as the owner of the mobile phone, because all keyboards are addresses,” said William Bini, a former US National Security Agency official in an interview with the documentary “Our Great Secret.” They receive your IP, and between 2004 and 2010, more than 50,000 applications were installed on every server and network switch in the world.

Cooper Quinton, a cybersecurity expert at the source, said the Pegasus program was developed by the Israeli technology group NSO and is one of the company’s best spy programs.

“Israel is one of the most advanced in the world in the field of cyber; This is because the regime’s army, as part of its military service, is training personnel to carry out such infiltration.

But the most obvious feature of this program is the “Zero-Click” technology or hacking the phone without pressing the user on the suspicious link, and the most advanced technique for hacking the phone and spying on its users without their knowledge, because it is very expensive and costs more than three million It is a dollar.

The company said the main goal of the program was to fight what is called terrorism, but the victims targeted – according to British security expert Jake Moore – were human rights activists, journalists, politicians and some wealthy people, so anyone who Behind this program, it targets specific people.

The threat also lies in its ability to infiltrate the most precise privacy, as Facebook explicitly accused the Israeli company of stealing and hacking its popular WhatsApp app and spying on hundreds of specific users.