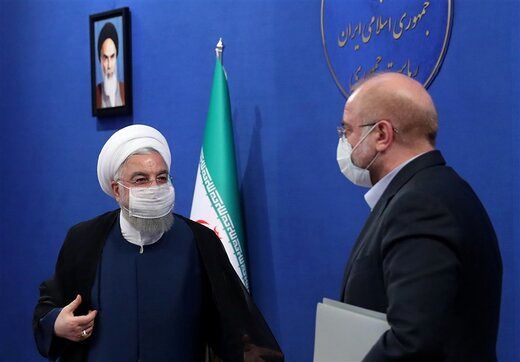 The text of this letter is as follows:

1 – 1- Repayment of government obligations to the National Development Fund for installments of 175 million Euros in health insurance in the amount of 3 thousand billion Tomans.

1-2- Increasing the expenses for compensating the items mentioned in the table of paragraph e- Note 4 by 50 thousand billion Tomans.

2- Reduction of resources resulting from the license to use 18% of the share of the National Development Fund only in the export of one million barrels per day in the amount of 40 thousand billion Tomans.

Therefore, the balance of resources and expenditures in order to fulfill the order of the Supreme Leader (Modzleh Al-Aali) is applied as follows in the budget bill of 1400:

2- The amount of 40,000 billion tomans from the place of savings during the implementation and reduction of the allocation of expenses by the country’s program and budget organization.

Malik Shariati, a representative of the people of Tehran in the parliament, published a picture of this letter on his personal Twitter page and said: The parliament’s insistence on reforming the budget of 1400 responded; Finally, based on the rulings of the Supreme Leader, the President officially wrote a letter to the Speaker of the Parliament, which is considered to be hosted by the Parliament in the light of the positive interaction of the three powers and the recent meeting;