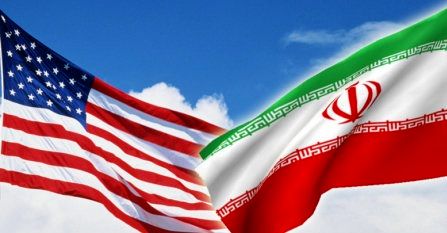 According to the Khabar-e-Azad website, Ali Rabiee said in a press conference on Tuesday congratulating the birth of Imam Hussein (AS), Hazrat Abolfazl Al-Abbas (AS) and Imam Sajjad (AS): “On the eve of Nowruz 1400, more than any other period, we need to sacrifice for We are a society and strive for a kind and tolerant life and forgiveness for the better life of our compatriots and also for the upliftment of the homeland so that we can be the adornment of a long-standing civilization that is linked to dear Islam.

The government spokesman said that the government and the people have had a relatively difficult year: “The effects of sanctions and the economic war and the UN Security Council reached their peak in 1998.” The government, on behalf of the people, has made every effort to care about both the Iranians today and the future life of the Iranians, despite internal unrest and external pressures. We are aware that the economic war and its association with the Corona in 1999 put a great deal of pressure on the lower social deciles.

He pointed out: “Today, we can say that all the efforts of the ill-wishers who wanted the collapse of Iran and the destruction of people’s lives are coming to an end.” In the new Nowruz, new developments and greenery are definitely ahead of us. The government has done and continues to do everything in its power to counter the corona in the field of health and in the face of economic warfare in the field of economics and social welfare, as well as in foreign policy.

“We have made great strides in foreign policy over the past year,” he said. “We have not only failed to meet those goals in the face of the former US regime’s low pressure to secure and isolate Iran, but we have also stood firm.” Instead of creating crisis, we led the United States to moral isolation and legal condemnation at the General Assembly and the UN Security Council and at the International Court of Justice in The Hague.

“Our voice has never been cut off to call on all countries in the region for peace and friendship and to resolve disputes in a friendly manner,” he said.

Rabiee added: “We did not allow our stable and benevolent will and desire for all countries in the region to be affected by the empty fuss of the United States and its allies in the accusation of a false woman against us.” Our trade with neighboring countries has progressed well despite the sanctions, and we remain determined to turn the borders of our neighboring trade and commerce into a safe and profitable geographical connection for all the nations of the region.

The government spokesman added: “We are confident that in the coming months, the US government will have no choice but to submit to the global peace process and end Iran’s oppression, and the winter of Borjam will end and a new chapter of interaction with the world that economic satisfaction and security It will begin to provide more for our people and of course all the nations of the region.

At the same time, he said: “None of this would have been achieved if the government had not been patient in the past seven years against foreign provocations and internal insults, and the strategy of constructive engagement with the world would not have remained committed. شد

In another part of the press conference about the government’s actions in the field of health, Rabiee said: In the field of health; The Health Transformation Project was the largest government project since 1993. The plan was to reduce out-of-pocket outcomes and prevent people from falling into the poverty trap due to illness.

He continued: “Today, Crohn’s patients pay a maximum of 10 percent of the cost, and if they have rural insurance, they pay 5 percent of the cost.” In addition, mask and ventilator products were exported in a very short time against Corona.

The government spokesman said that the developed countries have successfully completed 4 vaccine production centers, adding: “Let us remember what was the mental state of the society in April and March of last year and how fake news made Corona a factor in destroying the Iranian government.” had been given. We have had control of the virus despite successful sanctions compared to other countries, and we promise that vaccination will be effective early next year.

Explaining the government’s actions in the field of economy, Rabiee said in another part of the meeting: “In spite of all pressures, deficiencies, disorders and upsetting the balance and the main intention of the United States to dismantle these areas, the government has achieved significant successes.” Found.

He added: “In the first step, we expanded the cyberspace infrastructure and made great efforts to protect this area, and today we can say that the concept of e-government has been realized and huge changes have occurred in both administrative and business areas.” Is.

“According to the goals of the Sixth Development Plan, 80% of the villages with more than 20,000 households should have been connected to the Internet, which according to the conditions of Corona to 96,” said the President’s Assistant for Social Communications. The percentage has reached and now Bashagard and the villages of Sistan and Baluchestan have internet and it will be 100% by the end of this government.

Borjam / In the last season in the first 9 months of 1999, we came out of the recession

Referring to the recent report of the Central Bank on economic indicators, Rabiee said: “According to the report of the Central Bank, in the agricultural sector 4.6 percent, in the oil sector 3.2 percent, in the industries and mines sector 6 percent are positive.” In the service sector, due to the outbreak of the Corona virus and forced closures and its direct impact on the service economy, we had a lot of negative growth in 1998, and with the policies implemented, the negative recession gradually reached 1.9 percent in the first quarter of 1999.

He reminded: “With the support planning for the service sector, we gradually found a better situation in this sector as well, and with some improvement in the second and third seasons, we are finally negative 0.3 percent.”

“We did not allow either of these two scenarios to materialize,” Rabiei said, noting that the main purpose of imposing sanctions on Iran was to starve the people and turn society into a police state. We tried to avoid the consequences and effects of sanctions on the lives of the people as much as possible and to reduce the political and civil liberties of the people.

Referring to the government’s measures to save people’s lives, he said: “We took practical action regarding the salaries of pensioners and equalizing their salaries, despite the internal opposition, and maybe we did not put a small smile on the lips of retirees, and here also to social security retirees.” I promise that their equalization will be pursued with all our might in the remaining months of the government.