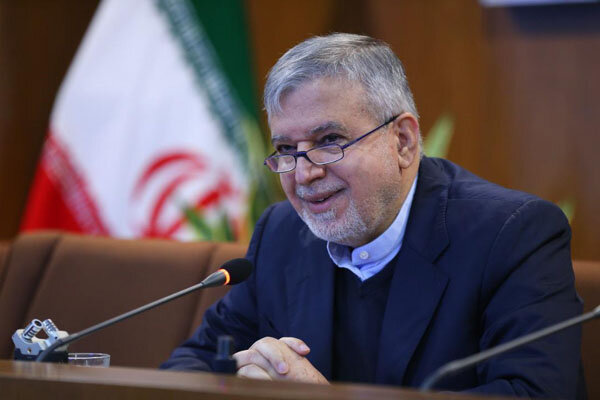 According to the Mehr correspondent, Seyed Reza Salehi Amiri, President of the National Olympic Committee, who traveled to Muscat, Oman, to attend the General Assembly of the Asian Olympic Council last week, held a press conference on Saturday to explain his achievements and the meetings held there. .

Criteria for winning international seats
At the beginning of his meeting, emphasizing the impact of diplomacy on sports, he said: “The first requirement to win an international seat is political relations, economic power is of secondary importance.” As a result, countries such as South Korea, Japan and China are likely to win more seats due to higher investment.

You have to plan for the future from today
Salehi Amiri referred to the vote of the Asian Olympic Council to host Qatar in the 2030 Asian Games and continued: “The next point we should note is the long-term goals, if we want a seat in the next few years, we must have a plan for that today.”

The Impact of International Manpower Training
He cited the power of bargaining and diplomatic negotiations as the fourth and most influential factor in gaining an international seat and said: “Activities in the international arena and training of human resources have a great impact in this field.”

Many seats have no effect on Iranian sports
The head of the National Olympic Committee stressed that there should be a correct definition of “seat”, noting that of the total number of seats that Iranian sports have, perhaps 10% will be important and fruitful. Frankly, many seats have no effect on our championship sport. The chair must have the power and ability to influence a relevant federation and field in the international arena. Most seats have a ceremonial aspect.

In this regard, Salehi Amiri, stating that we should look for effective seats from now on, reminded: Maybe if many seats are taken from Iranian sports today, it will not have any side effects for our sports.

Emphasizing that in order to achieve an effective international, special attention should be paid to the effective factors for achieving it, he noted: “Because of Corona, we have been away from international forums and contacts for the past year, but the Asian Olympic Council meeting was a good opportunity for consultations.” Have.

Achievements of the trip to Oman
Salehi Amiri further referred to the total number of meetings he had during his trip to Oman with sports officials from different countries and explained the results of this trip.

According to Salehi Amiri, during his visit to Qatar, he met with people such as Sheikh Ahmed Al-Fahd Al-Sabah, President of the Asian Olympic Council, presidents of the World Karate and Weightlifting Federations, Asian Athletics President and sports officials from Uzbekistan, Qatar, Oman, Iraq. Important issues are discussed, one of which is the return of karate to the Olympics.

Increase cooperation with Saudi sports by obtaining a political license
In response to a question about “Saudi sabotage and the fact that this country has hosted the 2034 Asian Games, what is the committee’s plan for sports relations with Saudi Arabia and participation in competitions hosted by this country?” Salehi Amiri said: “In the field of sports.” We are currently disconnected, but we are holding games in the form of clubs in Asia. We hope to increase cooperation with sports diplomacy, but this is subject to obtaining political permission from the country’s authorities.

The Asian Handball Tournament will be hosted by Iran if …
He referred to the sabotage carried out by Saudi Arabia in connection with handball matches and added: “It is not a political issue regarding handball.” It has been agreed that this event will be held in Shiraz in March. However, due to the red situation in Shiraz, the Asian Confederation announced that it would hand over the event to Qatar. Sheikh Ahmad, however, said the incident would remain in Iran unless coronary conditions allow.

The necessary infrastructure is not available to cooperate with Qatar
Salehi Amiri, in connection with the issue that had previously been raised about Iran’s assistance to Qatar for hosting the World Cup, said: “We have had talks with the relevant authorities in Iran, it was agreed in the memorandum to prepare the conditions for holding a camp for selected teams.” Have the world in free zones. Of course, we must have the necessary standards and infrastructure. The problem is that we do not have the infrastructure right now, but I hope that conditions will be created by the time of the World Cup.

Aren’t the martyrs among the stars?
The head of the National Olympic Committee continued his press conference on the slogan of the convoy for the Tokyo Olympics: “According to the call, the” Persian stars “had the most votes. In the next meeting of the Supreme Headquarters, we will finalize and approve the name of the convoy.” Arjan Cup is still approved as a symbol of the caravan.

He emphasized: There are some objections as to why the names of the martyrs were not used for the name of the caravan. My question is, aren’t the martyrs among the stars? Our approach is to consider the sum of the heroes.

Specialized work for caravan clothes
He also gave a general explanation of the work process of the caravan from the beginning until now and said: “For the first time, we distanced ourselves from personal taste to be decided by the experts in the field of fashion and clothing to cover the caravan.”

Concessions that Iranian sports receive from Qatar
The head of the National Olympic Committee, in response to a question that “Iran has cooperated with Qatar in hosting the 2030 Asian Games, and is this cooperation bilateral in all?”, Said: “The principle of sports diplomacy is that when you make a point for a point. Take it too; We had meetings with experts in the National Olympic Committee and came to the conclusion that the requests were not material. The use of infrastructure and holding camps, friendly games, exchange of coaches and the draft memorandum with the Qataris are considered. Verbal agreements have been made and are to be signed.

I do not guarantee the conclusion of my travels
“Similar to the trip that you and your companions had to Oman, the former heads of the National Olympic Committee and in general the previous directors of sports, but these trips have never had a positive impact on Iranian sports, as today the country’s sports situation is such that you, especially the conditions You are complaining about international seats. “What is the achievement of this trip, and in general, such trips of yours for sports, when will it be determined, and in general, what is the guarantee that these trips will have results?”

This was the question of the Mehr reporter, to which Seyyed Reza Salehi Amiri responded: Travel is a path to reach the goal, not the goal itself; During this trip, we had talks with the two goals of creating opportunities and rejecting threats. These are goals. We were required to attend because we had to attend the forum, especially since Iran is an active member of the Asian Olympic Council. We divided the work in order to have an effective presence, not a ceremonial one. Mr. Sajjadi had meetings in his field of work, and Mr. Fakhri had separate talks with some officials. I also had 10 appointments. This path must continue to reach a conclusion, no one can give a guarantee, but I say this because as a result of this trip, we agreed to sign a memorandum of cooperation.

Protest against FIFA over the removal of the Olympic Committee
The chairman of the National Olympic Committee said about the removal of this committee from the assembly of the Football Federation: in all countries, the committee member of the assembly of all the federations of the board is sometimes also the chairman of the assembly. There has been recklessness here. I have written a letter of protest to Infantino and I am waiting for a response.

We do not enter into a dispute between the Guardian Council and the presidency
Salehi Amiri also explained about the statute of the National Olympic Committee and the process of its approval to date: “There is a legal dispute between the president and the Guardian Council regarding the statute and its final approval, which we will not enter into.” The statute was approved by the Assembly after being approved by the Executive Board, and then by the International Olympic Committee. In total, the constitution between us and the IOC went back and forth twelve times and then went to the government. This statute went to the government after it was approved by the social commission and was approved there as well. In general, we have taken the legal path to approve the statute.