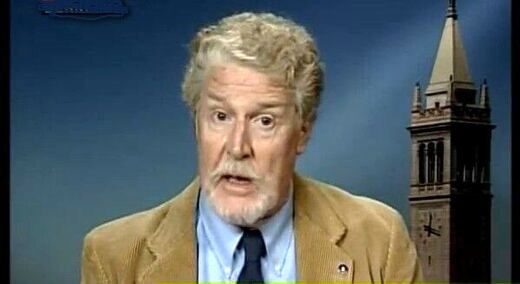 On Monday, Kahn Hallinn spoke of positive signs that the United States was changing its approach to Iran, but warned that a policy of easing tensions between the two countries was facing influential enemies within the United States and in the region.

Regarding the lifting of the multi-layered sanctions imposed by the Trump administration on the Iranian people, he said: “I hope it will not be too difficult, but the Israeli and Saudi lobbies will do their best to undermine it.”

“The Saudis now hope to be a ‘consulting party’ to any new agreement that is completely unacceptable not only to Iran, but also to Russia, China, Germany and the United Nations,” he said.

Hollinen added: “I am concerned about the recent remarks of the German Foreign Minister who says; The issue of ballistic missiles must be included in any new agreement. This is a breach of contract. Ballistic missiles were not part of the original treaty, as they are the only way for Iran to respond to Israeli ballistic missiles.

Emphasizing the need for the immediate return of the United States to the UN Security Council, he said: “Adding any new conditions will be problematic.” All sanctions must be lifted; Of course, the Republicans and Israel’s allies will fight for their survival.

“Blinkin was in favor of a nuclear deal with Iran, and that is a positive thing,” Hallinen said when asked about the foreign policy team’s approach to the complex situation in the Middle East, given the presence of Anthony Blinken, John Kerry and Jake Sullivan in Biden’s cabinet. .

He added: “But my concern is that these people supported the military invasion of Afghanistan, Iraq, the war in Libya and Syria. In short, they are democrats who believe in using military power to achieve their goals. So I have to say I am cautiously optimistic.

“I think they want to revive the Iran nuclear deal, but in general their position will not be friendly to Iran,” he said.

“They are doing nothing to end the war in Syria and nothing to resolve the Israeli-Palestinian conflict,” Holinen said. They may not be very warm and friendly with the royal families of the Persian Gulf, but they will have no problem with their monarchy.

“I hope they push for an end to the war in Yemen, but let us remember that they are the ones who think that the United States is always right, and if you do not agree with that, they will bomb you,” he said. So, as I said, I’m cautiously optimistic.

“Biden is more indifferent to Saudi Arabia than Trump, but US policy toward the Persian Gulf is in the interests of the United States,” he said of Biden’s approach to the Saudi regime and the direction of US relations with Saudi Arabia.

“This means; Access to energy and strategic control One of the most important areas of the planet for all politicians, the United States is a fundamental and unchangeable principle. Biden may criticize Saudi Arabia, but it will not change the basis of relations.

“Biden may tell the Saudis to stop trying to disrupt the Iran nuclear deal, but I’m not sure they have a say,” he said. Both Israelis and Republicans will continue to support Saudi Arabia and try to sabotage it.

The American journalist noted: “I hope I look at these people too negatively, but I know these people and I know their backgrounds.” Surely there will be forces in the world and in the United States that want a new foreign policy that does not rely on drones, aircraft carriers, and violations of international law.