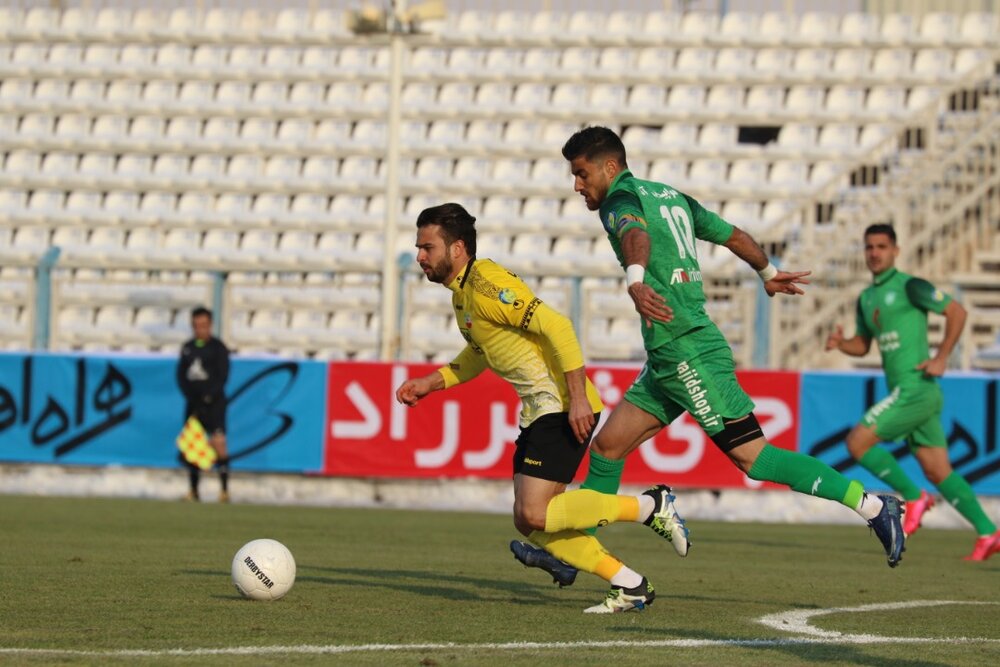 According to the Mehr reporter, in the first match of the tenth week of the Premier Football League, the teams of Sepahan Isfahan and Mashayinsazi competed in Tabriz, and the first half of the game ended in a 3-1 victory for Sepahan.

Sajjad Shahbazzadeh scored for Sepahan from the penalty spot and 35 in the 23rd and 44th minutes. The goal of Mashayin Sazi was scored by Peyman Babaei in the 38th minute (penalty).

The first face of this half was Saadat and the referee was the referee. He first took a penalty for Sepahan in the 21st minute. Then in the 38th minute, when the game was going on with two goals in Sepahan’s favor, a penalty was awarded to Profit Announced car manufacturing. Vafapisheh in the 43rd minute once He took another penalty for Sepahan and caused this result Half Be affected by these penalties.