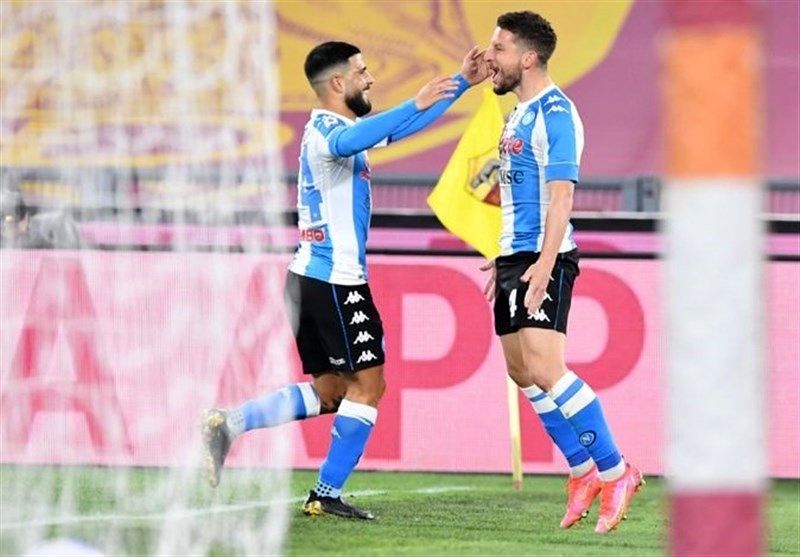 In the last match of the 28th week of the Italian Serie A football tournament, Rome hosted Napoli on Sunday night at the Olympic Stadium in Rome and lost 2-0.

Driss Mertens scored both goals for Napoli in the 27th and 34th minutes to give them their fourth win in their last five Serie A games.

This result did not change the position of the two teams in the Serie A table. Gennaro Gattuso’s side finished sixth in the table with 53 points, just two points behind third-placed Juventus. With this home defeat, Belarus remained in the sixth place of Serie A table with 50 points.