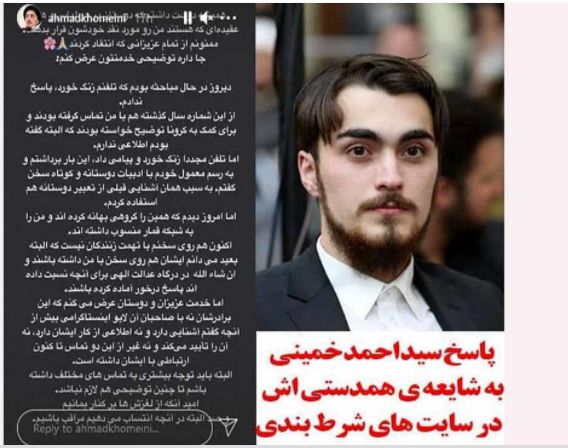 Recently, an opposition media activist who claims to be a journalist, made a live phone call to one of the operators of gambling and betting sites, Seyyed Ahmad Khomeini, without prior notice, talking to him about youth marriage, and then, with The widespread release of this film raises rumors of Seyyed Ahmad Khomeini’s connection with the operators of gambling sites in cyberspace.

Following this immoral and unprofessional act, Seyyed Ahmad Khomeini responded to the rumors on his personal page.