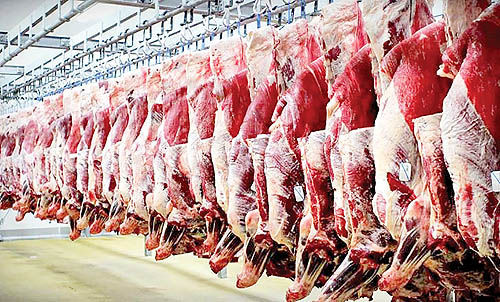 According to reports EconomyOnline According to the world of economics, market observers cited the major livestock smuggling market as well as the rise in the exchange rate as factors in this price increase. Of course the price Red Meat It has been adjusted and “three years” has remained relatively stable, but the market is still sluggish; Because people’s pockets do not yet have the power to buy this stable product. According to one of the country’s livestock activists, fattening units are closing down due to the inability to provide livestock inputs, and it should be expected that the price of red meat, especially beef, will increase in the coming months.

The government has abandoned fattening

The head of the National Union of Livestock Breeders says that the price of red meat is not high and the purchasing power of the people is low: “Which product do you know that has a stable price of red meat in these three years? Due to the high production costs, the price of red meat is not really high and this issue must be seen correctly, otherwise no problem will be solved. That people’s purchasing power is so low that their ability Buy red meat There is no reason why expensive meat should reach the consumer; “However, we believe it can reach stores cheaper.” The main problem of the country’s livestock industry is the supply of livestock inputs. It was only a few months ago that a video of the extermination of day-old chicks due to the lack of food in cyberspace was released, which showed the poor condition of poultry farmers and industrial ranchers. Of course, the government promised to solve a significant part of the problem of livestock inputs, but Hossein Nemati says the government only injects dairy farmers: “For a long time, no inputs belonged to dairy farmers and the government only supports dairy units. “Inputs that are imported entirely in government currency are sold in the open market at two to three times the government-approved price, and the producer has to buy from this market to supply his livestock feed.” Three years ago, when meat prices soared, market observers blamed livestock smuggling for the rise. Now this livestock industry activist says that the price of live cattle also decreased but did not appear in the consumer basket. The reason for this is the existence of powerful intermediaries in this market. The price of live beef decreased from 50,000 tomans to 37,000 tomans, but the consumer still buys meat over 100,000 tomans. According to Nemati, the cost of meat is higher than the current price, and the meat livestock units have been practically damaged. He says that the price considered by the producer is higher than the current price: “Currently, the farmer buys a live calf for 37,000 tomans per kilogram, while the cost price is more than 45,000 tomans per kilogram. Unfortunately, there is a big gap between the price in the slaughterhouse and the store, which is due to the brokers. “If the price of live cattle rises from 37,000 tomans to 45,000 tomans, the distance to 100,000 tomans is such that it can not affect the consumer price.” Nemati says that the government should subsidize meat to either producers or consumers: “Now the hands of intermediaries are in the pockets of consumers and producers; It is both cheap and expensive. Unfortunately, the government oversight systems that are supposed to oversee the distribution are virtually incapable of doing so. If the government subsidizes meat to the producer to reduce costs or gives the consumer the ability to buy, there is even the possibility of price adjustment. The government has a significant currency for importing frozen meat, but not for producers. “This relationship has jeopardized the production of one of the main items in the Iranian household basket.” The conditions for producing red meat are such that Nemati says, “It is not surprising if the price of red meat rises. “This warning should be given now, because the closure of meat farms is a wake-up call for the country’s food system.”

Information from the Statistics Center of Iran shows that the consumption of Iranian meat has increased from 9.6 kg in 2016 to 8.5 kg in 2009. In 1996, when the price of meat suddenly rose from 50,000 tomans per kilogram to over 120,000 tomans, fundamental changes took place in its market. This price increase coincided with a decrease in people’s purchasing power and a decrease in people’s purchasing power. Families who bought mutton bought beef, and families who could not afford red meat turned to chicken. During this period, factors such as the decrease in the number of live cattle and the jump in the price of currency were the main reasons for the increase in meat prices. The price of red meat has been almost constant during the last three years and has been sold in the range of 90,000 Tomans to 110,000 Tomans per kilogram. The standard per capita consumption is 12 kg per year, while in November the meat consumption in the country has reached 8 kg. Price stability in a market where the prices of most commodities change weekly is a positive indicator, but as long as people’s pockets are not able to reach this rate of stability, the market is practically sluggish and stagnant. Currently, beef is sold in stores in the center of Tehran for between 90 and 110 thousand tomans.