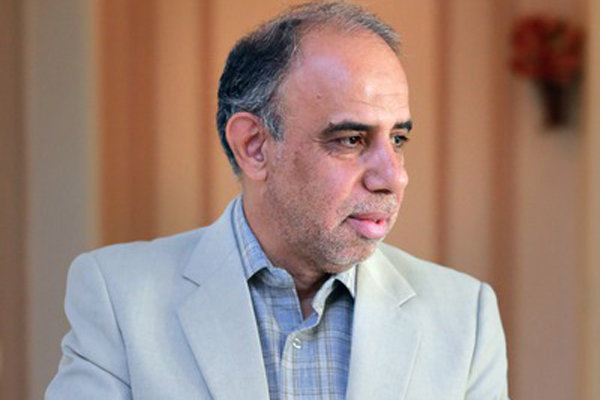 Mehr News Agency _ Culture Group: The arrival of Shab-e Cheleh is a good excuse to roam the world of old stories and anecdotes of Persian literature. For this reason, we went to the author of “Tales of Shab-e Cheleh”, but our conversation was not about Shab-e Cheleh, but about one of his collections of stories. Mohammad Mirkiani has been collecting and compiling old stories for teenagers for many years and considers books as a much more effective tool for educating children than mobile phones, tablets and other modern technologies.

On the eve of Shab-e Cheleh, we sat down with Mirkiani to talk about storytelling and his later work, The Stories of Perfection.

The details of this conversation are as follows:

Q: Mr. Mirkiani, how long did it take you to write a collection of Kamal stories?

The apparent concept of time is not decisive for writing any fiction. Time is the end point in writing a story, novel or play. To reach the intrinsic position of a work of art, time finds its own meaning, more clearly than time is redefined for the creative work. That was the story of perfection. It may take an hour to write a story, but that hour is a summary of many years of adolescence.

That is, many stories are explored and the author is immersed in a world that is no longer available, and from this intellectual and emotional immersion, a story is born and shows itself. Of course, this story finds artistic value for today’s audience by having the capacity to live again.

* So maybe I should ask what process did you go through to write this collection?

Of course, in terms of appearance, the writing of Kamal’s anecdotes dates back to 30 years ago, with 50 stories and 3 volumes; He received both the Book of the Year Award and the Best Book Award of the Children and Adolescents’ Intellectual Development Center Book Festival. In this way, 50 stories in three volumes, “Tales of Perfection” was reprinted 17 times. Due to the audience response, I added another 100 stories to the collection, which was published by Behnshar Publications. But these “stories of perfection” are very different from the previous book. Both in terms of the number of stories that have become one of the largest collections of children’s and adolescent literature stories, and because of some changes in language, calligraphy and footnotes that make today’s atmosphere of 50 years ago tangible and understandable.

So, “The Stories of Perfection” has gone through a life of 30 years from the beginning until today, but the time of writing each story is not the same, depending on the type of stories and the atmosphere of the story. Some of these stories take an hour, some five hours, and some may take up to three days of the author’s time.

* In writing this work, did you pay attention to a work or works of classical literature that you want to adapt from? Or maybe you were inspired by a particular work?

The collection of interconnected stories has a long history in world and Iranian literature. From what I can remember, I can name the visual tales of “Me and Dad” by Erich Azer of Germany and “Childhood of Nikita Alexei Nekola Yevich” by Tolstoy of Russia; Also, Rasoul Parvizi’s “patched pants” or Mahmoud Kianoosh “from the top of the forty steps” who, despite being an adult audience, were the initiators of this kind of story. But for teenagers, I can refer to Mahmoud Kianoosh’s “Baths and Reservoirs”, Houshang Moradi Kermani’s “Glorious Tales”, Mehdi Hajvani’s “Loose Boots”, Tahereh Ibad’s “Tales of a Two-Pole” and most recently the collection of stories “My Tales and Grandmother” by Doost. I would like to mention Fazlam Mozaffar Salari and in order to respect him, I would like to mention the name of the late Mohsen Soleimani with the book “Years Away” and “Tales of Sabalan” by Mohammad Reza Bayrami, who has created a special rural atmosphere in writing this type of story.

Among the works I mentioned, Mahmoud Kianoosh’s “Baths and Reservoirs” and “From the Top of the Forty Stairs” attracted my attention the most.

Q: That is, when writing “Tales of Perfection”, were you influenced by these two works by Kianoosh?

Not. I would like to say that, in order to attract my attention, “The Stories of Perfection” چند differs significantly from Indo and the other works I have mentioned. The first is that for the first time the name of the story was chosen for these writings. Second, each book has a name with a subset of Kamal’s anecdotes. Such as tile pond, charcoal samovar, western city, snapshot, wedding lights, etc. The third difference is that the stories of perfection are not just stories but also include anthropological education and, in a way, the history of social evolution. Of course, any work that is realistic in the world of fiction naturally later acquires anthropological value, but the “stories of perfection” were written from the beginning with this view and attention to this issue.

The fourth difference is that “stories of perfection” have a dual audience; They are written for both adults who are nostalgic and memorable and for teenagers who are educational and fun. Because I think consciousness is always enjoyable and exciting. And fifth, that “stories of perfection” are simple and narrative and have the capacity for storytelling; Especially in these nights and nights, especially Yalda, they can be used for storytelling. I think these stories connect past generations with today.

* You mentioned that it is simple and valid. So you tried to write these stories simply!

Yes, but I have to point out that, contrary to some people’s beliefs, simplification is one of the most difficult tasks in writing. And simplification does not mean superficiality. Prose should be simple but rich in vocabulary and use. Because the author in glorious prose can not hide his artistic weaknesses behind heavy words and due to the simple structure of the written language, the internal and external of the work for the audience can be evaluated and followed.

* After “Our Story Became Like” and other similar works, what other vacancy did you feel when you wrote “Stories of Perfection”?

Of course, “Anecdotes of Perfection” was written before “Our Story Became Like”. So far, I have published more than 80 books, and in these 80 books, more than 780 stories have been published. My works are mostly collections of stories for all age groups of children and adolescents. Of these 80 books, 55 are story books; From “Shah Mal Mene Castle” with 3 stories to “Sweet Nights” which has 111 stories and is written for children. So with that in mind, I might as well call myself a “collection author.”

What was the reason you insisted so much on producing a collection of stories or collections of stories?

I always wanted children to read more with less money to help the families’ economy in some way. On the other hand, if I wanted to publish both stories, three stories or five stories in one book, the number of books would be very large.

Concerning the “tales of perfection” ‌ I must say, as its introduction has said, it is a history book; But a date that is not mentioned in any of the official history books for teenagers. This history was written to understand life properly, to broaden the horizons of adolescents, to acquaint them with the sufferings and joys of past generations, and to recognize the value and value of life today.

* You mean you wrote “Stories of Perfection” with these goals?

Yes, and also with the aim of showing the sufferings that the parents had to provide for the family. By writing “Stories of Perfection”. I wanted to show that you can be happy and together while not having. In other words, in today’s world, I want to show the old way of life and the contentment of the old to today’s teenagers. The people of that time were prejudiced against their own culture and opposed to imported cultures. That is, they did not readily accept any new concept. I think it was because of these issues and having such goals that the “Perfection Stories” series also became popular. Because he wanted to talk about that old culture and the satisfaction of the elders.