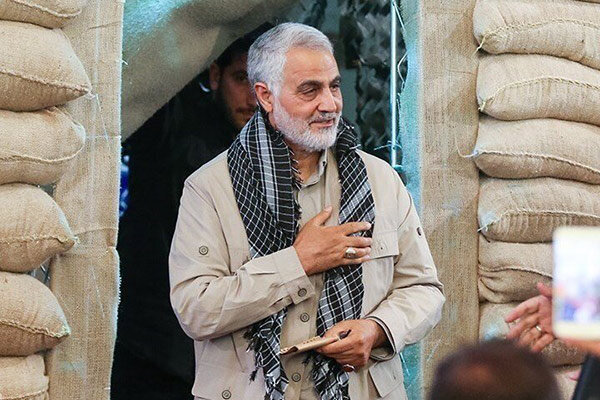 According to the Mehr news agency, the printing and critique of Soleiman Eshgh’s book, the production of a music video, the national competition “Yademan Sarbaz Vatan”, the popular movement “Me and Haj Qasem” and a conversation with artists; Special programs of the cultural and tourism region of Abbasabad lands on the occasion of the anniversary of the martyrdom of the honorable commanders of the country Haj Qasem Soleimani and Abu Mehdi Engineer Is.

Suleiman Eshgh’s book which contains 70 selected works of famous poets of the country, including Afshin Ala, Haj Ali Insani, Amiri اسفندقه And… is one of 700 poems written by the House of Poetry and Literature رثای Haj Ghasem Soleimani was selected and published and unveiled in Muharram of this year in a circulation of 1000 copies, which is to be examined in the presence of veteran writers and poets.

The production of a collection of posters painting the face of a martyr is the title of another program that is adorned with selected verses from the poems of the book of Suleiman Eshgh using computer techniques with a beautiful combination. Conversation with Artists is the title of a ten-part series on Conversation with Poets, Writers and Artists centered on Sardar Soleimani. ودل Item Hi Of poets in رثای Martyr of Resistance, which will be broadcast on the third channel of Sima at the same time as the anniversary of his martyrdom.

Production of music videos in collaboration with the Music Office of the Radio with a poem by Dr. Haddad Adel, President of the Academy of Persian Language and Literature in the form of music Crawl Which is broadcast on various radio networks.

The National Soldier Memorial Competition is the title of the national competition, the call for which is announced from the Holy Defense Week, and designers and architects can design and ها And send their ideas to the Secretariat to build a national symbol in memory of the men and women who sacrificed their lives for the honor, pride and greatness of Iran. The 17th of January is the deadline for submitting the works of this competition and the jury consisting of: Mehdi Hojjat, Majid Majidi, Mohammad Beheshti, Seyed Javad Mir Hosseini and Mousavi will announce the selected work by the 30th of January.

The selected work will be installed at a height of 40 meters in the garden of the Museum of Sacred Defense located in the lands of Abbasabad.

“Me and Haj Qasem” is the title of a popular scan in which citizens can send their mobile products (music videos and clips), popular photos and podcasts (heartfelt audio speeches) centered on Sardar Soleimani to Abbasabad Renovation Company.