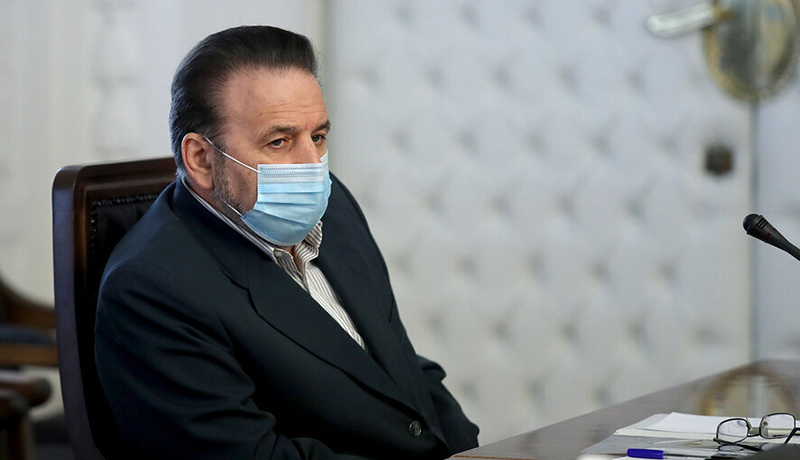 According to Tejarat News, Mahmoud Vaezi, the head of the president’s office, told reporters this morning (Wednesday) on the sidelines of a cabinet meeting, referring to the developments in the Yemeni war and the Saudis’ claims against Iran: Why do they kill the Yemeni people by buying weapons from the Westerners, projecting them and wanting to change the truth?

“We did our best not to kill more Yemenis and not to oppress them more,” Waezi said.

Regarding the fulfillment of spiritual promises in the economic field, he said: “If you want to evaluate the promises, you must see when these promises were made.” The promises we made to the people were before the economic war, and we are ready to discuss them all.

The head of the president’s office said: “Inflation Before the single-digit economic war, economic growth was positive and large projects were launched in the country and the exchange rate also fell.” When we did not have an economic war, we kept all these promises.

Rouhani said: “Did we cause an economic war or the crazy president of the United States who ruined the whole world and put maximum pressure on the Iranian nation with the instigation and order of the Zionists.”

He continued: “We have to ask what goal the Americans had set for the Iranian nation and government.” Their aim was to overthrow the regime and seek to pit the people against the government. In this regard, they used all their tools and stopped the export of oil and the movement of our money and created a psychological war.

The head of the president’s office said: “In these difficult circumstances, especially in 1999 with Corona, the government was able to join hands and run the country in a way that the United States is disappointed.” Over the past month, several US officials have condemned the economic war, saying it was a failure and seeking to resolve their differences with Iran.

“Today’s American literature is different from the literature of the past, so the Iranian people endured the pressure, but today we have a new spring ahead that can solve many of the problems of the past,” Vaezi said.

He said the issue of lifting sanctions should have nothing to do with the 1400 elections. The sanctions have been an injustice done to the Iranian people since day one, and we must do our best to lift the sanctions as soon as possible.

The head of the president’s office said that the sanctions should be lifted with dignity and wisdom, adding that the lifting of the sanctions should be accompanied by the resistance of the people. The future government is a continuation of this government in terms of serving the people. The members of this government, from the president to the ministers, are proud to take steps to solve the problems of the people, even if they do not have a responsibility.

The preacher emphasized: We are not like some countries to be one government against another government. We are proud to hand over the government to the next government without sanctions and with extensive vaccination.

The head of the president’s office said: “We have all the issues related to Borjam that we can not do through the media, so some content is sent to us through these channels to be informed.”

Referring to the release of Iranian property in South Korea, Vaezi said: “This money has nothing to do with the United States.” It is against the law for the Trump administration to freeze this money. The South Korean government is responsible for this money. If we see more than this being postponed, we will pursue the matter through legal means.