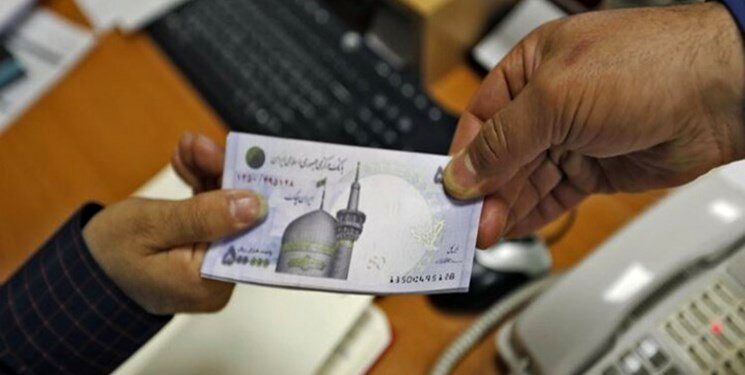 Subsidy A subsistence of 4,000 and 4,000 Tomans was transferred to the account of the head of the household. Subsidy A new livelihood will be given to 60 million Iranians to provide their basic goods. Subsidy Jadid seeks to help the middle and low-income sections of society by subsidizing the purchase of basic goods. Subsidy New will be paid from October Subsidy The goods of a family of five are 600 thousand tomans.

Yesterday, Mohammad Nahavandian announced an operational agreement between the President and the Speaker of the Islamic Consultative Assembly, according to which an amendment will be made to the decision of the National Anti-Corona Headquarters regarding the payment of new support subsidies, based on the number of people who received the aid. They can increase up to 40 million people, and the payment will be 100 thousand tomans per month for 4 months. The Vice President for Economic Affairs stated: A special group covered by the Relief Committee will receive 120,000 Tomans per month based on the approval of the Islamic Consultative Assembly, and the first payment was made yesterday.

These cases have been raised by the Vice President for Economic Affairs while the law on payment of subsidies for basic goods emphasized that 60 million Iranians will be paid 120,000 Tomans and 60,000 Tomans every two months from the second half of the year, but the government has announced that Monthly payment of 100 thousand tomans to 40 million people will implement the law approved by the parliament.

The text of the single article of the law can be seen below;

“In order to provide part of the living needs of the country’s households, especially low-income households, from the beginning of the second half of 1399 to the end of March, the government is obliged to provide and pay purchase subsidies to every Iranian identified in the household livelihood plan. 31) Note Table (14) of the Budget Law of 1399 for the whole country (at least sixty million people), by depositing credit to the cash subsidy card of the head of the household in the amount of one million two hundred thousand (1,200,000) Rials for each of the first three deciles, including those under Coverage of Imam Khomeini Relief Committee, Welfare Organization, disabled warriors and individuals with incomes below the minimum wage and the amount of six hundred thousand (600,000) Rials for each of the other deciles included in the above-mentioned action. ” According to the government, in accordance with the resolution of the National Corona Headquarters as well as the resolution of the Islamic Consultative Assembly and following the agreement reached to support the livelihood of low-income groups whose income has been disrupted due to the outbreak of coronary heart disease, it was decided: Coverage of support institutions Each person should be paid 120 thousand Tomans per month (third subsidy). Also, other people with the following characteristics will be paid 100,000 Tomans per month;

– People whose family members do not have a minimum income according to banking indicators.

– People who are in the livelihood subsidy group. These funds will be paid for four months from December. The first stage of this livelihood support has been deposited in the accounts of the eligible individuals on 1/4/7.

It is worth mentioning that an official in the Ministry of Welfare said about the time of deposit of 100 thousand Tomans per capita to the accounts of the affected families: As mentioned yesterday, the Vice President for Economic Affairs announced that according to the agreement reached with the Speaker of the Parliament, a third subsidy will be paid to 40 million people, but Nahavandian also stressed that this subsidy will be paid by the end of the year, ie for four months. Accordingly, in the remaining four months of this year, 30 million people (or 40 million as promised by the Vice President for Economic Affairs) are expected to deposit 100,000 Tomans per month into the account of the head of the household, including the following: the government and parliament must be transparent; 1- The question that still exists and its dimensions are not clear, is this; Where did the resources of 3 to 4 thousand billion Tomans per month for the payment of the third subsidy come from, because the government emphasized that there were not enough resources to pay this subsidy, which was approved by the parliament? 2- The President had not communicated the law approved by the parliament regarding the subsidy of basic goods to the executive bodies. Now, how is the legal subsidy approved by the parliament combined with the subsidy considered by the government? 3- The explicit text of the law on the payment of the third subsidy refers to 60 million Iranians, the question that exists is that; In the plan mentioned by the Vice President for Economic Affairs, how many people (including the beneficiaries of the support institutions) will receive this subsidy in total? 4- What will happen to the ambiguities of paying the two-month subsidy mentioned in the law, because the law explicitly states that this subsidy is for the second half of the year, ie for 6 months and not 4 months as mentioned by the government. Has been?