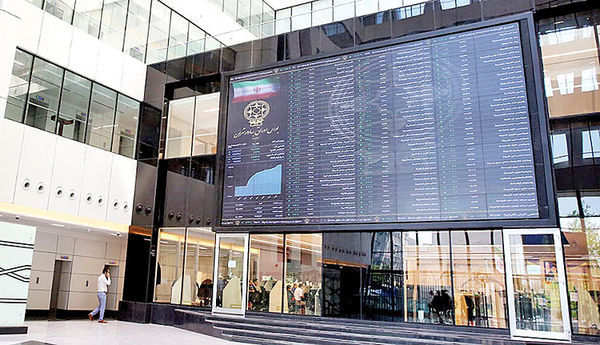 Investors have become more eager to enter the stock market as the US presidential election unfolds. From November 12 and simultaneously with the growth of world prices, we are witnessing the return of the stock index to an upward trajectory. The index, which experienced a 42% correction in the incredible peak of 2 million units by bursting the stock bubble until November 11, has now risen to another uptrend. On paper, the situation is in the interest of traders. Resumption of initial public offerings and investors’ welcome, relative stability of dollar and coin prices, strange recession in housing and automobile markets, rising global prices, ideal commodity market conditions, reduction of systematic risks and possible improvement of the country’s international situation. Prices inStock market In the last autumn month of the year, the complexity of the trading process has decreased and the real money entering the capital market has started a new wave of hope for the stock market to turn green.

When the stock market index reform began in mid-August, market analysts could not have imagined that the index would continue to fall to the 1.2 million channel, an event that pushed a large number of real investors to the exit doors, a year in which many From the people, with the support of the government, they had invested their capital in the stock market.

Tehran Stock Exchange is experiencing one of its strangest years. From such a high index at the beginning of the year to its terrible descent. but this is not the whole story. The entry and exit of investors has gone through different phases and the influx of people to receive the trading code has changed dramatically since the beginning of the year. This is stated in the report of the Central Depository Company. According to this report, in December, 3 million and 230 thousand people registered to receive the transaction code in the SJAM system, so that the total number of registrants in the first 9 months of 1999 would reach 24 million and 617 thousand shareholders. The number of trading codes in the first nine months of this year has dropped by 24 million shareholders, while by the end of 1998, only 11 million and 665 thousand investors had applied for the stock exchange code this year.

The trend of capital market transactions since the beginning of 1999 has been so unpredictable that after the beginning of the correction of the stock price fall, few people thought that investors would still count on this market. The decline of the index to the channel of 1.2 million units had worked in November, and despite the contradictory statements about the increase in bank interest rates and stirring up the news related to the pricing of some important products such as steel, experts said goodbye to shareholders. But the collapse of the dollar and coin prices in December is one of the variables affecting the growth of trading codes in this month. The experience of the past years shows that the owners of liquidity for investment usually have a glimpse of the foreign exchange market and follow the developments of this market with great excitement, so the slightest fuzzy change in the order of Ferdowsi Street changes the investment routine. The fall in the price of the dollar from 30 thousand tomans to 25 thousand tomans channel in December pushed investors to the stock market. A market that urgently needs liquidity to fly, and many experts believe that liquidity plays a key role in glass trading.

Another major reason for the boom in the issuance of trading codes is the requirement of justice shareholders to receive a stock exchange code to conduct transactions. So that the participants of justice stocks who have chosen the direct method of managing their stocks can enter the market only by receiving the trading code, which has led to an increase in the issuance of stock exchange codes compared to previous years.

The capital market is looking for stimulus for price growth in the global market and seems to have entered a new stage of rising prices, which is why we are witnessing a wider entry of investors into this market. A detailed study of the issuance of transaction codes shows that in the ninth month of the year, 2051 codes related to legal shareholders were issued and 2 million and 47 thousand codes were issued for real shareholders to the total number of stock exchange codes issued, including applicants for justice shares to more than 51 million The code will arrive by the end of December.

The Tehran Stock Exchange has gone through several fluctuations in the first nine months of this year, but there was a lot of talk about the presence of foreign investors in the Iranian capital market from the very beginning. As Trump’s stance against Iran intensified, foreign investors were reluctant to enter the market. On the other hand, the disruption of the core of transactions due to the unprecedented presence of traders had practically blocked the entry of foreign investors to the Tehran Stock Exchange, so this group of investors always faced serious challenges to enter the Iranian capital market.

According to the statistics of the Central Depository Company, while the total number of stock exchange codes has increased to 24 million and 617 thousand codes by the end of December, out of the number of trading codes issued, 62 foreign investors received stock exchange codes in December and the total trading codes of foreign investors to 2 thousand. Reach 549 people. This number of investors from different countries of the world have applied to receive trading code and investment in Tehran Stock Exchange. According to analysts, considering the current conditions of the stock exchange and the international situation of the country, requesting the same trading code from foreign investors is desirable for the capital market. Expert traders of the market believe that with the continuation of the upward position of the index and the equilibrium of the market at the same time as Biden is efficient and the foreign policy situation in Iran is determined, more foreign investors will enter this market. This year, the issuance of trading codes for foreign shareholders has experienced a growth of 66%.

A review of Central Depository Company statistics reveals a change in the composition of capital market players. While until November, Tehran was at the top of the list of registrants with 27,998 registrants. In Azar, Fars province with 867,303 people is at the top of the list of registered SJAM. Some analysts believe that due to the change in the composition of existing investors, other behavioral factors need to be considered in market analysis. After that, Kerman province with 632,965 people is in the next rank and Khuzestan, Khorasan Razavi, Sistan and Baluchestan, Yazd, Tehran, Chaharmahal and Bakhtiari, Isfahan and Ardabil provinces are in the next ranks with the most stock exchange code registrations. At the bottom of the table is Semnan province with 1,208 registered transaction codes in December.