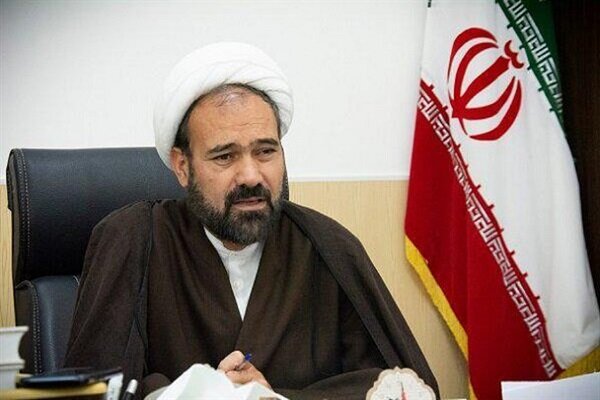 According to the Mehr correspondent, Hojjatoleslam Shamsullah Jalilian said this morning at the commemoration ceremony of the 9th of Diyah epic, appreciating the ummah of the province of Islamic Iran: We are the defense of the country, on the occasion of the 9th of January and the first decade of the Fatimid era.

He stated that Hazrat Zahra (s) It is the model of humanity and the universe, he added: “During the previous regime, we were deprived of the blessings of culture and the days of Fatimids and the discussion of Mahdism, which is the main axis of the foundation of the family and society.”

Responsible for representing the Supreme Leader in the Holy Prophet’s army (ص) Kermanshah province, referring to the epic of 9 Dey, said: If we were all obedient to Velayat-e-Faqih, the sedition of 1988 would not have taken place, after which the country would have suffered losses.

Jalilian stated that the blood of the martyrs of the Islamic Revolution is entrusted to us, and specified: If the officials of the country are trustworthy and consider the responsibility to be trustworthy, the actions would be different from what we saw.

He said that the epic of 9 Dey was the renewal of the pact with the province, adding: “The most important point in the will of Sardar Delha is the importance and obedience to the province.” خناسان They have tried and are trying to silence and consider the influential authorities and scholars in the society with their words and the state of truth.

Jalilian continued: Sardar Soleimani carefully addresses the ulema so that the enemies do not abuse them and do not place them in front of the province, because if the tent of the province is damaged, Baitullah الحرام Injury می بیند.

He stated that Sardar Soleimani was not in favor of any political faction, adding: “This great martyr believed that political factions should have four principles; Velayat-e-Faqih, the system of the Islamic Republic, to protect the people and confront the enemy, and on the day of the incident, all factions must take refuge in the tent of Velayat.

Responsible for representing the Supreme Leader in the Holy Prophet (PBUH) (ص) Kermanshah province is not enough slogan to defend the province and it should be spent in this way, he said: Martyr Soleimani considered himself a small soldier of the province and a servant of the people and the presence of 50 million mourners in the martyrdom ceremony of this great martyr proved it کرد.

Referring to the sedition of 1988, Jalilian said: “The seditionists used fraud in the presidential election as an excuse to overthrow the holy system of the Islamic Republic.”

He stressed: “In this sedition, we should not forget the actions of the United States, Israel, Arab leaders, hypocrites, and even the actions and silence of the properties inside the country, what expenses and actions they took.”

Stating that this sedition was a great lesson, he said: “Our people and our country paid a lot of political expenses for it, but two important principles of the Supreme Leader’s patient and courageous treatment of the leaders of sedition and clear گری And his management to resort to the law led to the creation of the epic of 9 Dey.

Jalilian said: “When the people saw that the enemy was seeking to overthrow the regime, insult the sanctities and points of honor of the nation and fight against the firm beliefs of the nation, they spontaneously stood up against these seditionists and came to the square.”

He said that January 29 was the day of the Covenant of the Nation with the province, the day of the symbol of dignity, independence and insight and the day of declaring political legitimacy. نا Awareness or rejection states that a referendum will be held in the society 42 years after the victory of the Islamic Revolution.

Responsible for representing the Supreme Leader in the Holy Prophet (PBUH) (ص) Kermanshah province, stating that these people all think of negotiating with Western countries, added: “These people do not see the presence of 50 million people in the funeral of Sardar Delha and the people’s desire for revenge and the spontaneous presence of the people in the 9/11 epic. It means a referendum and the election of the holy system of the Islamic Republic.

Emphasizing that the people have stood by the province until the end, Jalilian said: “People came to the scene with awareness and insight in any situation and when it was necessary, and saved the country.”

Addressing the officials, he said: “The United States has its illegitimate interests in the instability of countries and the region.” می بیندTherefore, negotiating with the United States is a strategic mistake.