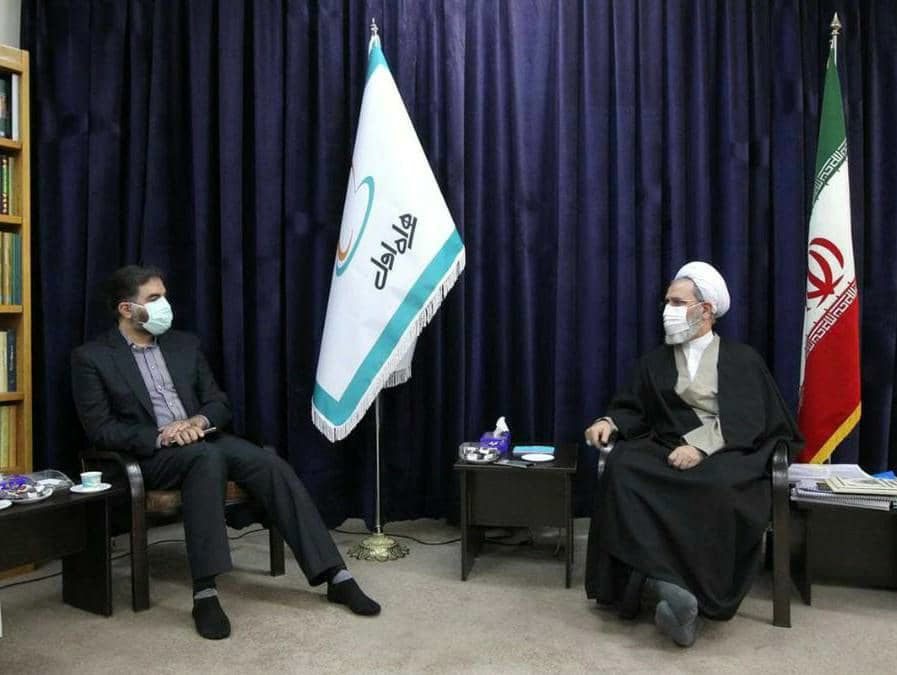 Today, Tuesday, March 17, 2017, on the day of the operation of the 5G Hamrah Aval site in Qom province, which was held in the presence of senior officials, senior managers of Iran Mobile Communications and Iran Telecommunication Company, Mehdi Akhavan Bahabadi, CEO of Hamrah Aval, was officially inaugurated. Allah Alireza A’rafi, the director of seminaries, went and talked to him.

In this meeting, the Bahabadi Brotherhood had an overview of the activities and actions of the first mobile jihadist during the days of the Corona outbreak, which increased the consumption of people in the field of communication, as well as the development-oriented view of this operator.

The CEO of Iran Mobile Communications Company mentioned 5G technology as a way to develop the content field in the country and spoke about the potential of seminaries as a way to enrich this part of the media and communication space.

Then, Ayatollah Alireza A’rafi, director of seminaries, while appreciating and thanking the first mobile services and the special view of this operator on technology development, said: The Islamic Revolution became the driving force of the country in the field of science and technology and the creation of vital infrastructure that bears fruit We see it today.

Noting that seminaries have dealt with technology in terms of tools and subjects, he took a look at the actions taken by the seminary in the days of Corona and said: “We took a significant percentage of education to cyberspace and good coverage in We had this arena.

The director of seminaries referred to the grand plans of this institution to use technologies such as artificial intelligence in the scientific path and said: “Intelligent opportunism and accurate analysis of opportunities and threats facing this movement, is the most important step in the journey.” The evolution of the means of producing Islamic sciences.