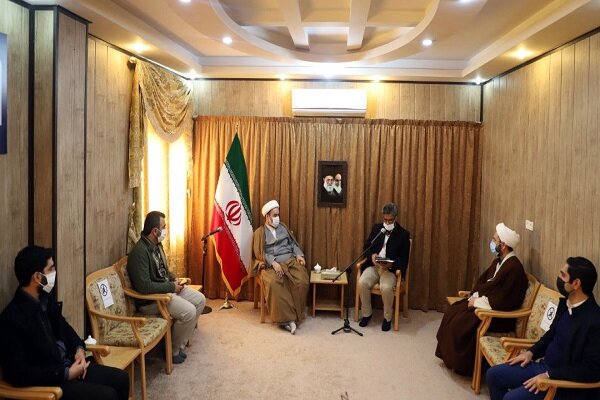 According to the Mehr news agency, quoting the public relations of the office of the representative of the Supreme Leader in Sistan and Baluchestan, Ayatollah Mustafa محامی In a meeting with members of the “Qasem is Alive” staff to commemorate the anniversary of the martyrdom of Generals Haj Qasem Soleimani and Haj Qasem Mir Hosseini, while appreciating the actions of this headquarters, he emphasized the popularity of these actions and said: holding ceremonies is one of the measures to keep alive It is the memory of the martyrs, but the main task is to acquaint the people with the character of the martyrs and to introduce these loved ones as models of society, and these opportunities should be used to increase the knowledge of the new generation about the status of the martyrs.

The Friday Imam of Zahedan called for the continuous activity of the secretariat of the headquarters throughout the year and added: “It is important to focus on the students, but try to cover other sections of the society by developing human resources so that the enemy intends to disappoint and discourage people.” Such actions will thwart the conspiracies of the enemies.

Ayatollah محامی He suggested that following the introduction of the characteristics of these two dear martyrs, all the martyrs of Sistan and Baluchestan in the form of سلسله‌وار And be introduced throughout the year.

Alireza کیخا He stated: Moving to Golzar Shohada, playing the anthem “Qasim is alive” in virtual systems, bringing the capacity of mosques to hold martyrdom ceremonies, setting up resistance tents, setting up a caravan, scanning and photography and design competitions, remembrance night, poetry night Memorial, the presence of a number of provinces in the Kerman National Assembly and sending several buses to the tomb of Martyr Soleimani are among these programs.