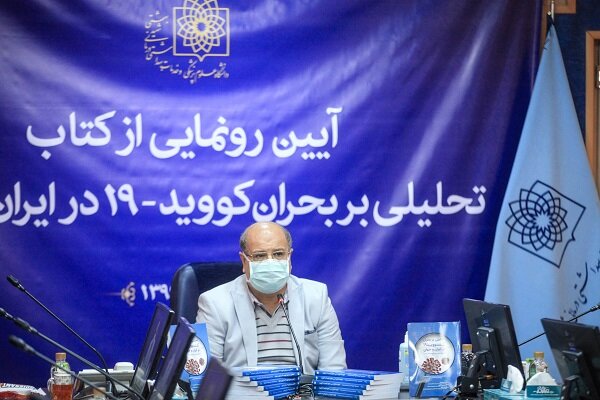 According to Mehr News Agency, Alireza زالی, In this ceremony, referring to the unique features of the book “Analysis of the Crisis کووید 19 in Iran and the world “, noted: More than 100 professors and experts have participated in writing this book.

زالی He emphasized: This think tank is a manifestation of the aggregation and convergence of a large number of thinkers with a crisis-oriented view, which is designed and Reengineering The results of its activities are attached to the executive unit.

He explained the different parts of the book: “Part of this book is about comparative studies of countries that have been successful in controlling the corona.” The use of new technologies and new technologies and challenges and dramatic changes in the field of education, especially medical education, is another topic that is addressed in this book.

Commander of Corona Headquarters in metropolis Tehran, “Corona from the window of people’s eyes” as another chapter of this book and said: to write this article, the results of five polls of Tehran citizens have been used.

زالی Emphasizing that this book is written in a way that can be used by the general public, he said: “At the same time, I recommend all officials, experts, researchers and academics to study this book.”

He also took the initial steps to translate between International The author of this book announced and described the use of the content of this book as a way forward and effective for many countries.