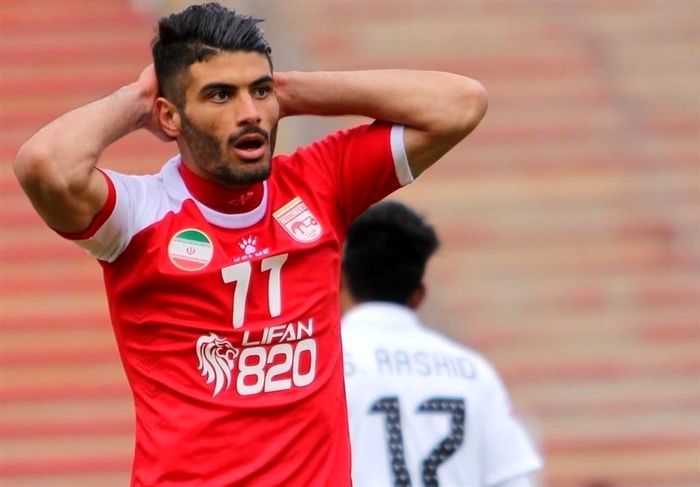 Persepolis left-back Saeed Aghaei, who has performed successfully since joining Yahya Golmohammadi’s team, claimed that the Reds will repeat their past successes in 1400.

The left defender of Persepolis claims that in the new year, the world will be to the liking of his team and its fans.

Saeed Aghaei managed to appear in the role of Pasur Gol during the last two games of Persepolis against Mes Novin and Naft Masjed Soleiman. He claims that in 1400 they will try to win the best domestic and international titles ahead.

A gentleman says about the game with Masjed Soleyman oil and a hard victory against this opponent:

It was a tough game. The opponent was looking for a result in this game by taking advantage of his running power and youth, but we are not a team to pay a ransom to anyone and we had many opportunities that eventually reached three points. Our highlight in this game was maintaining the result when we were 10 people. It was a tough game and three points was the most important for us and we are happy that we ended the game at the end of the year with a victory.

He said about his success in recent matches to send assists: “Well, it will be happy for me to have a share in the team’s victory and I am really happy about this.” We must continue our success process and achieve what the fans expect. We have a lot of hard work ahead of us and a lot of opponents are claiming and we will have an attractive competition, but we will certainly be the main contenders and we will not fall short of our goal.

Asked if his team would be able to win a fifth consecutive championship, he said: “For me, it is the first championship and I have a lot of motivation for it. But the interesting thing is that those who won the previous four championships are no less motivated than us, and this is why we were the main contenders in the first half of the season, despite the problems we had. We will fight for this issue and we have no doubt that the year 1400 will be in our favor.

The Reds’ left defender said about the addition of Torabi and Moghanloo to the team:

The great team of Persepolis and its fans think of great and successive honors and it is natural that they always look for the best. I really miss the Asian final last year. I hope that next season we will be able to get the conditions to participate in the final again and this time we will succeed in winning the championship. In the year 1400, we have the Super Cup, the Premier League, the FA Cup and Asia ahead of us, and it is a good thing that we are looking for more trophies, and I hope that we will achieve this with the support of the management and the fans.