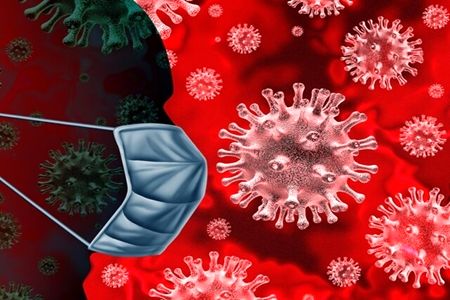 According to Eqtesadonline, quoted by IRNA, Mohammad Asayi Ardakani, who appeared on a live TV program on Saturday night to review the latest measures to control coronary heart disease, pointed to the reduction of deaths and hospitalizations due to coronary heart disease in the country. I appreciate the observance of health practices that have reduced mortality and the number of hospitalizations during this period.

Asayi Ardakani also stated that on December 2, we had 475 deaths due to corona, adding: “The number of deaths yesterday reached 178 people, ie 60% of the death rate has decreased and the number of new cases has increased from 13,000 to 7,000.” Which shows a 45% decrease.

In another part of his speech, he said: “In Tehran and Alborz provinces, we intend to intensify some work, for example, the government counter, banks, subway and bus wants a new mechanism. We have a plan that is scheduled for Monday.” In the provincial headquarters, we should say that if it is approved, we will take the plan to the central headquarters.

He added: “We want to intensify visits to homes and shops, we must increase awareness of the people, the most important issue is educating the people that we expect the media to cooperate more in this area, of course, of all the media efforts to raise awareness.” We appreciate the people.

Asai Ardakani continued: “In Tehran, in the past month, the number of beds involved in coronary heart disease was 1,500 beds, which has been reduced to 500 beds today.

He also pointed out that caregivers, caregivers and health monitors are present in the Shahid Soleimani project, saying: “Health caregivers do care work, so they go to the homes of people who are coron positive and take samples from their families and actions.” They do what is necessary.

He continued: “We have about 96,000 beds in hotels and guesthouses, which can be increased to 150,000 beds, so we ask those who do not have the conditions to be quarantined at home to go to these centers, but in many provinces this is the case.” done.

Adviser to the Minister of Health added: “Health liaisons, health ambassadors, clerics and elders of neighborhoods must take the necessary measures in a language that people accept so that we can quarantine people well.”

In the end, Asayi Ardakani referred to the issue of corona vaccine and said: “People over 85 years old, patients with cardiovascular diseases and incurable diseases are given priority to use the corona vaccine. Many deaths have occurred between the ages of 40 and 50.” And our advice is that people should continue to follow health practices.