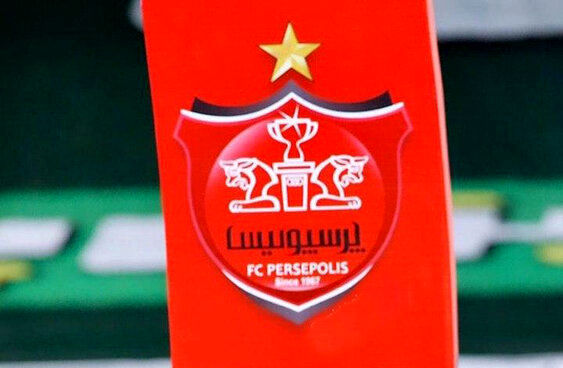 According to reports EconomyOnline According to Shargh, Persepolis will reach the final in 2018 League of Asian champions They had arrived, they had a lot of motivation to forget the bitter memories of that final, but the inexperience of the players of this team in the big games did not work.

students Yahya Golmohammadi In the final, they first had a goal against the young Mehdi Abdi, they had a great opportunity to go to the locker room to win the first half, but a mistake made by Ahmad Nourollahi, seconds after Persepolis’ goal, in his own penalty area, made the game equalize immediately. . Perhaps if that penalty had not been taken, Persepolis would have started the second half more calmly and managed the game. Of course, despite recording the same draw in the first half, the Persepolisians marked a historic event in which Mehdi Abdi’s share was evident; The young striker, who was on the attacking line of Persepolis, became the first player in the history of the club to score in the AFC Champions League final by scoring a goal for the Reds in the first half, which did not change until the end of the game; Persepolis had previously failed to open the scoring despite reaching the final. However, a more bizarre mistake was made by the Reds’ right-back, Mehdi Shiri, early in the second half, who mistakenly touched the ball with his hand inside his own penalty area; Another penalty and another goal wrapped around Persepolis in the AFC Champions League final, so that the team would not lose its hand and lose the game to the Korean opponent, despite preparing many attacks on the opponent’s goal in the continuation of the game. Persepolis handed over the game to Ulsan in a situation where the Korean rival, despite the fact that it has not been established for a long time, wins the Asian Champions League for the second time. They had already won the Asian Championship in 2012.

What a pity for Hamed Lak!

Persepolis and Yahya Golmohammadi had reached the final of the Asian Champions League with an incomplete team; Although they started the competition with influential players, they gradually lost their key players and, in the end, they could not get a few of the remaining ones for the final. Alireza Biranvand, Shoja Khalilzadeh and Mehdi Torabi were among the influential players who, despite playing for Persepolis, decided to leave the club in the summer transfer window to move to other teams. Apart from them, one or two other players were separated from the Persepolis squad, but their absence was not very effective. Yahya and Persepolis had seven purchases to fill the vacancies of these players, all of which came out of the water in an incredibly good way; Of course, the best of them were Hamed Lak, Issa Al-Kathir, Milad Sarlak and Ehsan Pahlavan. Out of this four-man squad, Persepolis lost two more players for the final; Ehsan Pahlavan was sent off in the semi-finals and missed the final, and Issa Al-Kathir, with the strange joy of his goal, was suspended for six months by the AFC after playing with Pakhtakor. Apart from these two, Vahid Amiri, the key player of Persepolis in the midfield and attack, was also out of Yahya’s reach in the final match due to several warnings. Thus, Golmohammadi and Persepolis reached the final with half of their usual strength, especially with half of Persepolis’ power in the quarter-finals and halves, which could not do anything and came in second. Among all the acquisitions of Persepolis, the situation became somewhat more complicated for Hamed Lak, the team’s goalkeeper; He, who replaced the great Alireza Biranvand, was not welcomed by the fans at first, and many called Hamed a bad purchase for the club. However, Lak shone in the Asian Champions League so much that now he regrets not winning the championship with Persepolis more than others! Hamed has not scored a goal during the game since he stood inside the goal in the Asian Champions League! Even yesterday, he did not score again during the game to record a strange statistic just by scoring four goals from the penalty spot. He had previously lost to Moez Ali and Abdul Razzaq Hamdollah on penalties, to which two more penalties were added in the final. This statistic was obtained for Hamed, who had previously managed to take Persepolis to the final of the Asian Champions League in the semi-finals by controlling the shots of Al-Nasr players. Hamed even saved the first penalty kick of the Ulsanians yesterday, but his goal was opened in the return.

Yahya did not reach Firooz

Another regret that the runner-up left in the heart of Persepolis yesterday was the situation of Yahya Golmohammadi; A coach from the club’s family who tried hard to get the team and himself out of Branco’s shadow. Yahya, meanwhile, signed Persepolis to the AFC Champions League final with his own signature, which he had the chance to name after Hamidif Firooz Karimi, another Iranian coach who has won the Asian Championship. Previously, Firooz Karimi had been able to celebrate the championship in Asia with a pass, and Yahya had high hopes of becoming the second Iranian coach to do so, but two misplaced penalties gave Persepolis a great chance of winning the championship and Yahya Golmohammadi a historic chance. Abduction.

Good and bad things happen after the final

The defeat of Persepolis and the loss of the cup was the most bitter issue that Persepolis and its fans experienced yesterday evening; But on the sidelines of this bad event, another bad news offended the club’s fans; News about Bashar Rasan, the single star of Persepolis these days who will not return to Tehran! He, who had previously tuned the separation team, in agreement with the club officials, was apparently scheduled to play for Persepolis until the final and then join a team in Qatar. In this way, this influential Iraqi player will be separated from the whites so that Yahya can continue the league competitions without his influential player. The good news, perhaps, is that in the midst of all this bad luck, the club’s financial account is being reorganized. In fact, Persepolis, with the title of runner-up, can take two million dollars and inflict countless financial wounds on it; A figure that, if properly sanctioned and managed, could solve many of the club’s problems.