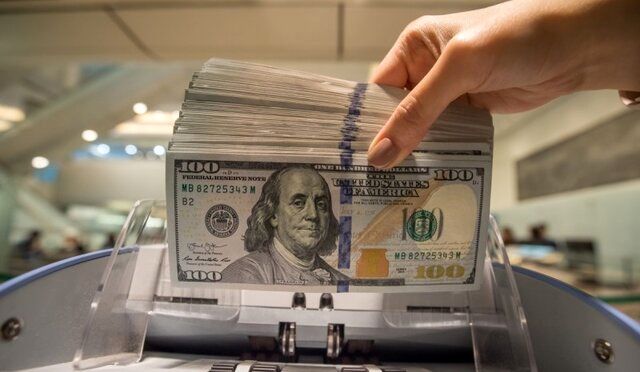 According to reports EconomyOnline According to ISNA; Published data on European price changes for European policymakers continues to be disappointing: According to the EU Statistics Center, average inflation in 19 Eurozone countries in the twelve months to November fell 0.1 percent from a similar figure. Last month, it fell to minus 0.3 percent to push the inflation rate further away from the 2 percent target set by the region’s central bank. At the EU level, the average rate was 0.2%, down 0.1% from the previous month.

With Britain still unable to reach a full agreement with the European Union on the future of post-election relations, the economy has been hit hard by the Crohn’s effects, and the trend has been so strong in the labor market that the UK Statistics Center says The country’s unemployment rate rose 0.1 percent to 4.9 percent in the first six months of October from a year earlier, 0.1 percent higher than previous experts and the highest unemployment rate in the country since August. 2016 has been so far. The number of unemployed people in this country increased by 209,000 during this period to 1,520,000.

Traders’ willingness to hold on to the dollar has declined sharply since the early months of 2020, and with advances in the corona and a more moderate government approach in the United States, more risky currencies are appealing to more traders. Has been. Although the dollar is not expected to fall freely, many foreign exchange market analysts believe that in the current situation there is room for further reversal of the dollar and that the dollar may remain in its current defensive stronghold until the first few months of 2021.

Despite the Trump administration’s efforts to wage a trade war with China, new statistics show that US imports from China have increased significantly, with US imports from China in the first 10 months of this year (January to October). 8.% higher than the figure for the same period last year. Also in November, US imports from China grew by a staggering $ 51.98 billion, up 46.1 percent from a year earlier. This would mean a further increase in the US trade account deficit.

In another pharmaceutical breakthrough against Corona, Modrena Pharmaceuticals has announced that it will soon receive FDA approval to distribute the company’s vaccine in various states. Previously, the preliminary stages of using Pfizer vaccines had been finalized. Traders are hoping that the corona nightmare that has gripped the world since February 2020 will reach its finish line in the next few months and accelerate the pace of normalization.

On the monetary policy side, the US Federal Reserve is expected to continue its current practice of keeping interest rates at one of the lowest levels in a decade. According to some financial experts, next year we will probably not see a significant change in the implementation of the Federal Reserve’s expansion policy.

Negative inflation and recession, along with rising unemployment, have created difficult conditions for European policymakers to revive their countries’ economic growth, and it will probably take two years for the situation to return to pre-Corona crisis. In a new assessment of the country’s economic situation, the Bank of France announced that the country’s economy will shrink by about 9 percent this year due to the corona outbreak, travel restrictions and widespread closure of businesses, which, if realized, would be the worst performance of the second largest economy. The EU will be over the last decade.

The world economy is still under the influence of the corona, and as the United Nations Conference on Trade and Development predicts in a report, the average economic growth of the world countries this year will reach negative 5.6 percent, which, if realized, will be the worst performance since The financial crisis of 2009 is still considered. Although this report is still a disappointing report, it is a relative improvement over the previous negative 9% forecast. The United Nations has previously warned that some eight million people worldwide will be impoverished by the corona.

Republicans and Democrats have not yet been able to reach an agreement on the details of the new support bill, and Congress Speaker Nancy Pelosi has said it will likely be postponed until after the Christmas break. The second package to support the economy against the effects of the corona will cost about $ 900 billion and is set to replace the previous $ 3 trillion support package. The new package will focus on supporting small and medium-sized businesses and paying direct cash subsidies to the unemployed.

The acceleration of the corona outbreak has led to new records of daily deaths from the corona virus, to the point where on December 16, with 13,558 feet in one day, the previous record of December 10 with The record was 12,918 feet, failing.

“In simple terms, the current value of the dollar is too much for traders, and that’s why I think the bad days of the dollar continue,” said Kate Jokis, a foreign exchange strategist at General Societe Bank. Markets are reacting to what is happening in monetary policy, and with the current situation, there is a lot of pressure on the dollar. Compared to the first months of the year, the attractiveness of the dollar for many traders has decreased.

Dollar Index Measuring its exchange rate against a basket of global currencies, it closed at 89.83 points lower today, down 0.14 percent from the previous day. The exchange rate of each Swiss franc was announced as $ 1.131 (the above rates are calculated according to the closing hours of trading in New York foreign exchange markets).

In Asian currency markets, the dollar rose 0.01 percent to 103.351 yen. Against the Australian counterpart, each U.S. dollar Exchanged for $ 1,311. The exchange rate of the dollar was also announced equal to 6.535 Chinese yuan.