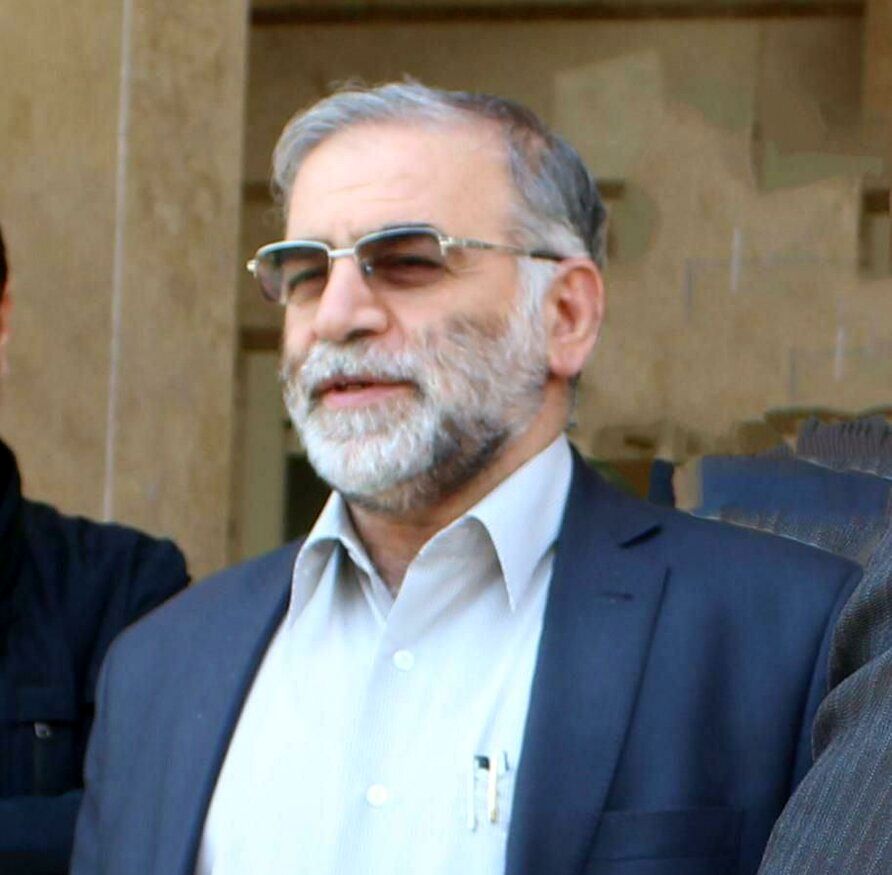 One of the objective witnesses of the assassination Mohsen Fakhrizadeh At the scene of the terrorist incident, he said: There were 5 to 6 people in Absard.

The driver passing by at the scene said: first there was an explosion and after shooting from both sides, someone started shooting at me in the middle of the road.

He added: “After the Nissan car bomb exploded, terrorist elements shot at Shahid Fakhrizadeh’s car, and even one bullet was fired at my car, and the radiator of my car was punctured.”

Mohsen Fakhrizadeh, born in 1336, was a former senior member of the Islamic Revolutionary Guard Corps. He was assassinated on December 28, 2016 and died of his injuries. Prior to his martyrdom, he was the director of the Research and Innovation Organization of the Ministry of Defense.

The Americans considered Mohsen Fakhrizadeh to be the “secret box” of Iran’s nuclear program, which has always played a secret but effective role in determining the Iranians’ position in the negotiations. According to the International Atomic Energy Agency, it is not possible to comment on Iran’s entry into nuclear science until a direct dialogue is held with Fakhrizadeh.

Mohsen Fakhrizadeh, along with Seyed Abbas Shahmoradi Zavareh, a professor at Sharif University of Technology, are the most important letters from Westerners seeking interview. He is compared by Westerners to Robert Oppenheimer, an American physicist who oversaw the construction of the atomic bomb in the United States in the 1940s.

In 2020, the Daily Mail published a document stating that the document, addressed to Mohsen Fakhrizadeh as the main figure in Iran’s nuclear program, contained important information about Iran’s efforts to build a nuclear bomb. Israel has said it found one of tens of thousands of documents related to Iran’s nuclear program that it was able to steal from Iran in 2018. At the time, Benjamin Netanyahu “described Fakhrizadeh as the” mastermind of the plan “while describing Mossad’s theft of Iranian nuclear documents. “Iran’s nucleus” had been named.

Statement of the Ministry of Defense regarding the martyrdom of Mohsen Fakhrizadeh, an Iranian nuclear scientist

Sources in the discussion of making an atomic bomb by the Islamic Republic have focused on the activities of Mohsen Fakhrizadeh and emphasize his role. Awarding titles such as Iran’s Oppenheimer, Iran’s Abdul Qadir Khan, or the father of Iran’s military nuclear program is part of this propaganda campaign.

The British Sunday Times in April 1987, citing documents allegedly obtained from an Iranian laptop, described Mohsen Fakhrizadeh as a Revolutionary Guards officer and professor at Imam Hossein University in Tehran, as “the father of Iran’s military nuclear program.” He claimed: “Western intelligence services believe that Iran is seeking to produce a nuclear warhead capable of destroying any city in the Middle East. The responsibility for this program lies with Mohsen Fakhrizadeh Mahabadi, a physics lecturer at Imam Hossein University in Tehran. Called the father of Iran’s nuclear warhead production ”

How did the assassination of Martyr Mohsen Fakhrizadeh take place? / Nissan car explosion and shooting of armed assailants

According to Western media reports that year, Mohsen Fakhrizadeh was in charge of a project called “Project 111” to produce a 2,000-foot-high nuclear warhead and destroy a large area.

Mohsen Fakhrizadeh is among those whose names have been placed on the Security Council’s sanctions list for alleged involvement in the nuclear program, and the IAEA has insisted on interviewing him.

Mohsen Fakhrizadeh was assassinated in the evening of December 28, 2016 in Absard, Damavand. During the assassination in the Persian Gulf Square Cold cityFirst, a Nissan car exploded next to Fakhrizadeh’s car, and then a personal one [یا اشخاصی] From inside a car on the other side of the street, a car carrying Fakhrizadeh was barricaded.

During this clash, one of Fakhrizadeh’s bodyguards was shot 4 times and he himself was taken to the hospital by helicopter after the explosion and shooting, where he died.

The Ministry of Defense and Armed Forces Support confirmed in a statement that Mohsen Fakhrizadeh was killed during the assassination. A number of other people were killed during the clashes, whose identities are still unknown. According to unconfirmed reports, one of the perpetrators of the attack has been arrested.

Reactions to the testimony of an Iranian nuclear scientist

US President Donald Trump republished the tweet of a Zionist journalist who wrote: “According to reports in Iran, Mohsen Fakhrizadeh was assassinated in Damavand, east of Tehran. “Mossad has been following him for years.”

Trump’s meaningful Twitter to the assassination of Martyr Mohsen Fakhrizadeh

Former Iranian Defense Minister Hossein Dehghan wrote on Twitter that the assassination was carried out by Israel to provoke a war in the last days of Trump’s presidency and announced that revenge would be avenged.

The name of Mohsen Fakhrizadeh as one of the five Iranian personalities in the list of the 500 most powerful people in the world, published by the American publication Foreign Policy.

On March 24, 2007, Mohsen Fakhrizadeh was named “Senior Scientist at the Ministry of Defense and Armed Forces Support and former Head of the Physics Research Center (PHRC)” on the UN Security Council’s list of sanctions against Iran.

Mohsen Fakhrizadeh is the only Iranian nuclear scientist to be named directly by Israeli Prime Minister Benjamin Netanyahu during a propaganda show last year, claiming he was working on a nuclear weapons program.

Mohsen Fakhrizadeh has been one of the most influential and high-ranking scientists in the field of scientific research in the country.

He was the only scientist Netanyahu mentioned in a program, and Israeli media reported that his assassination plot had failed once in years.

What is the reason for the assassination of Mohsen Fakhrizadeh, an Iranian nuclear scientist? Netanyahu talks about him

Israeli media claimed that the scientist’s name had reached Mossad through UN lists.