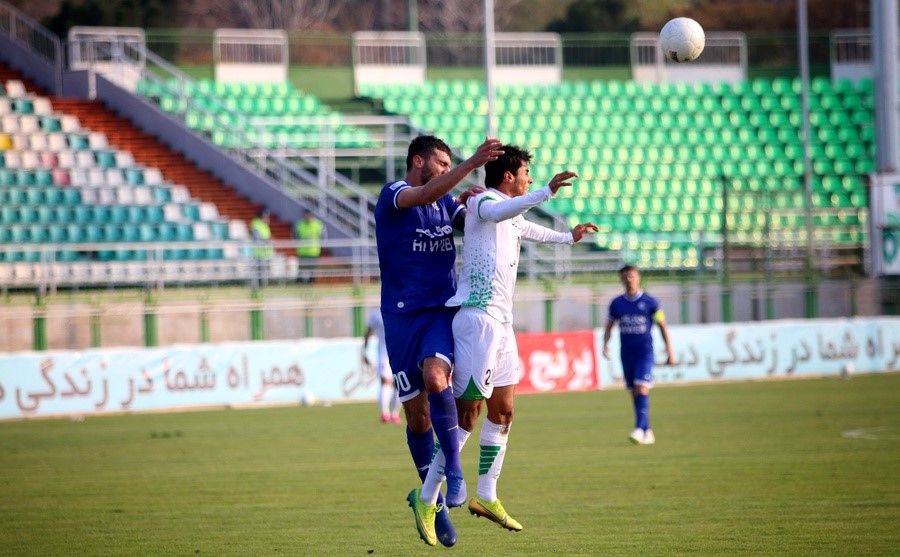 According to Borna; The seventh week of the Football Premier League was held while Persepolis did not play in the AFC Champions League final for the third consecutive week. This week, the match between Persepolis and Sepahan was not held, and in other matches, only Traktorsazi was among the contenders, which was able to win and defeat its rival. In one of the most sensitive matches of this week, Seyed Mehdi Rahmati faced Amir Ghaleh Noei for the first time as the head coach and left Sirjan empty-handed with the shining of Godwin Mansha.

In the following, we will review the events of this week.

Aluminum-oil industry; The second victory of Rasool and comrades

In this match, Aluminum, under the coaching of Rasoul Khatibi, managed to defeat one of the two leading teams in the Premier League with 11 points at home. This was the second consecutive victory of Khatibi’s students and the second defeat of the oil industry team. The oilmen had already lost to Persepolis. With this victory, Aluminum gained 9 points and climbed to the seventh place in the table.

Textile lost at home to another newly promoted team in the Premier League. Rafsanjan Copper, who scored the first goal in the history of the Iranian Professional Premier League last week and achieved his first victory in this competition, won for the second consecutive week and this time in Mazandaran. After this game, Reza Haddadian, the owner of the textile club. On his personal Instagram page, he left private clubs alone and called textiles a single tree abandoned in the Iranian football field. He described the day as “a sad day in Mazandaran province.” After this loss, textile fans chanted slogans against the owner and head coach of this club in front of Shahid Watani Stadium in Ghaemshahr.

Saipa and Mashayinsazi were in front of each other in Pas Ghavamin Stadium in Tehran to escape from the danger zone. But the flow of the game was completely devoid of player motivation and technical measures. 90 cold minutes like the statistics of both teams during the last six weeks. Ebrahim Sadeghi’s team has won one, lost one and drawn five in the last 7 weeks and has become known as the king of draws. Machine building has gained only 2 points in 7 weeks since the beginning of the league and is one of the main options for relegation.

The derby of the sixth week was the derby of the south. Masjed Soleyman Oil and Foolad, one with the aim of separating from the bottom of the table and the other with the motive of leading the lead. This game was held in two different halves. It seemed that Mojtaba Hosseini and Javad Nekounam had divided each half until the Naft striker opened the gates of Foolad in the last minutes of the game, until Mr. Nekounam’s first defeat in the twentieth league of Iranian football professionals. Steel could have moved up to the top of the table if they had won the game, but they are currently fourth.

The game of the week was Seyed Mehdi Rahmati’s first encounter with Amir Ghalehvani as head coach. A review of the events that took place between Rahmati and Qala-e-Novii in recent years shows that Rahmati and Qala-e-Novii have always had a sinusoidal relationship or have been violent or reconciled. Of course, nothing has happened between them for years, and for this reason, Rahmati went to his former head coach before the start of the game. Amir Ghalehnavi’s experience in coaching uniform helped him in the first encounter. Golgohar’s decisive victory against Shahr-e-Khodro helped Sirjan’s representative take the lead and, of course, introduced Mr. Goli’s new chance to Iranian football. Godwin Mansha scored three times in this game to be the top scorer in Iranian football alone. If he follows the same trend, it is not unlikely that he will be able to break Mr. Goli’s record in Iranian football.

Esteghlal was expected to continue its trend after a relatively good game against Shahrkhodro, but both the intellectual students and Rahman Rezaei’s team played a very cold and dull game. In this match, Fekri rested Ghaedi to use the Motahhari-Khaghani pair, but the pair did not do anything useful inside the goal, and Rahman Rezaei’s defensive measures responded, and his team did not even allow Esteghlal to create opportunities. In this match, Rashid Mazaheri also had good saves and was able to record his fourth clean sheet. Esteghlal’s 0-0 draw was the best news to consolidate Golgohar’s lead. Mahmoud Fekri introduced the first platform to Mr. Ghalehvani.

Traktorsazi won its second consecutive victory after the dismissal of Alireza Mansoorian and the selection of Massoud Shojaei as the head coach. Traktor had 6 points in 2 games with Masoud Shojaei, while in 5 games with Mansoorian it had 7 points. Traktor won this game with a result of 3 against Peykan and Dejagah was the star of Tabrizi team. Peykan also lost its penalty in the continuation of the penalty losing process in this game. 3