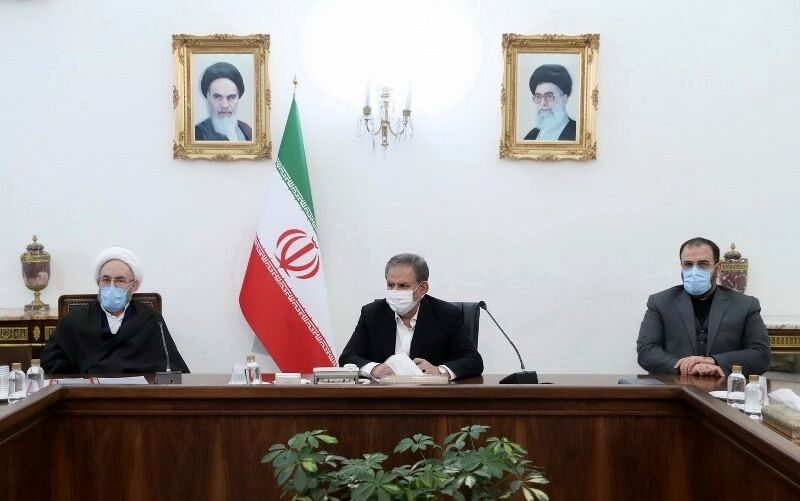 According to Eqtesadonline, Ishaq Jahangiri, in a meeting with members of the Sunni faction of the Islamic Consultative Assembly, stressed the need to pay attention to the issues and demands of the Sunni community and said: “All Iranians, including different religions and ethnicities, should have the same rights.” And have their own competencies.

Jahangiri added: “The Supreme Leader of the Revolution stated in this letter that all elements of the Islamic Republic are obliged, according to religious teachings and the constitution, to not discriminate and inequality between Iranians of any ethnicity, race or religion.”

He also referred to the demand of the members of the Sunni faction of the Islamic Consultative Assembly to pay attention to the minorities in appointing the country’s leaders: the government has so far appointed people from the Sunni community to positions such as governor, ambassador and deputy minister. Satisfied. The government has no administrative restrictions on appointing deputy ministers and other managers from the Sunni community.

He added: “The border can be one of the points and centers of development and it is necessary to plan and try to increase trade and cross-border trade in different provinces of the country while organizing the borders.”

Jahangiri, referring to the actions of the government of prudence and hope in the border provinces, especially Sistan and Baluchestan province, added: “The government has taken effective measures to improve the situation in this province, and gas supply is one of the most important measures.”

The first vice president continued: “In previous years, the country’s executives believed that gas supply to Sistan and Baluchestan province was not cost-effective due to the long distance, but in the government of prudence and hope, despite limited financial resources, gas supply to this province was done.” And is still running.

Jahangiri stressed the need to organize backpacking: “Observing backpacking is very painful and worrying, and we must look for solutions to organize cross-border trade activities, both backpacking and the livelihood of the people who make a living this way.” Be provided.

Hojjat-ul-Islam and Muslims Ali Younesi, the president’s advisor on ethnic and religious minorities, also stressed the need to pay more attention to these provinces, saying that the country’s border provinces usually suffer from deprivation.

He added: “It is necessary to take courageous decisions to appoint the country’s leaders from among the Sunnis and ethnic and religious minorities and to employ worthy and capable people.”

In this meeting, which was also attended by the Vice President for Parliamentary Affairs, members of the Sunni faction of the Islamic Consultative Assembly expressed the problems and issues of the Sunni community and also raised the concerns and needs of their constituencies.