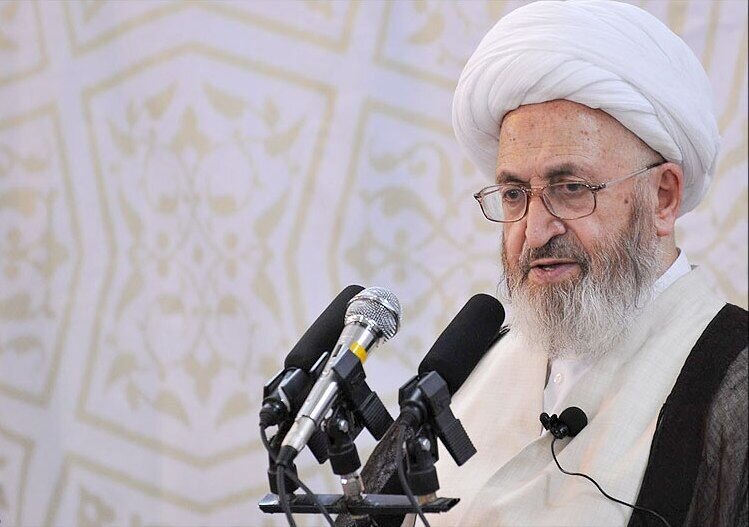 According to Mehr News Agency, the text of Ayatollah Jafar Sobhani’s statements on the subject of Hazrat Zahra (s) In the Qur’an it is as follows:

About Hazrat زهراء Peace be upon him has been mentioned in the Qur’an in some cases:

2.﴿ نِنَّما یُریدُ Allah لِیُذْهِبَ عَنْکُمُ الرجّسَ أَهْلَ الْبَيْتِ And یُطَهِّرَکُمْ تَطْهیراً Certainly what is meant by Ahl al-Bayt, the pure daughter of the Holy Prophet (ص) And Hazrat himself (ص) And are his children. Now, if it is impossible to include others, its inclusion in relation to the Prophet زهراء (s) It is definite.

4.﴿ نِنَّا أَعْطَیْplace الْکَوْثَرَ فَصَلّ ِ لِرَبِّکَ And انحْرْ نِنَّ شَانِئَکَ هُوَ الْأَبْترَ﴾ Kowsar means children because the end of the verse says: نِنَّ شَانِئَکَ هُوَ الْأَبْترَ﴾ And this last verse is symmetrical at the beginning of the verse, that is, “Kowsar” and it cannot be interpreted except for “children”. In addition to the dignity of his descent (الدر المنثور Price Interpretation Effective، J 6, p: 401) also مؤیّد This is what it means: when عاص (Amr’s father عاصWith the Holy Prophet (ص) He was talking. After he returned to his Quraysh tribe, the Quraysh said to him: Who were you talking to? He said: Talk مع هذا الابتر (Referring to the Holy Prophet (ص)), Surah Kawthar was revealed here.

Disadvantages: Opponents say that this surah is a surah of Makkah and in Makkah there is news about the daughter of the Holy Prophet (ص) No, the answer is that these verses are civil, because in the verses themselves, there is clear evidence that they are civil: سمسکینا And Orphans And Captive In Mecca, the Holy Prophet (ص) They were not captives, but unlike the Holy Prophet himself (ص) And their companions in Mecca were sentenced to captivity. It turns out that these verses were revealed in Medina because it was in Medina that the Muslims were held captive.