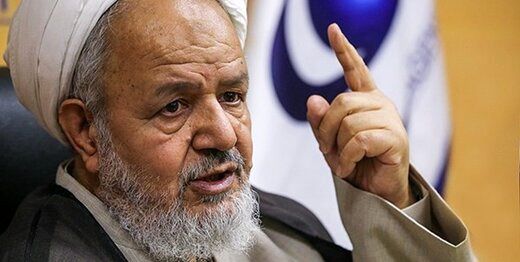 Hojjatoleslam Ali Saeedi, head of the ideological-political office of the General Command of the Armed Forces, has discussed in detail the causes, roots and factors of the 1988 sedition.

Regarding the previous factors and roots, it can be said that the main root of the scandals was the influence of an eclectic, liberal and secular creeping idea within the government and its growth and fertility. In the first decade of the revolution, the regime was confronted with the liberal ideas of the Provisional Government and the Freedom Movement and its crystallization in the thought of Bani Sadr, which could not take root, but in the second decade with the rule of agents and the entry of some technocrats in the government. In 1968, Mr. Mousavi Khoeini and the establishment of Mr. Hajjarian as the political deputy of the mentioned center provided the ground for the influence, theorization and institutionalization of liberal secularist thought.

* The book of the Islamic Iran Participation Front Party, page 47, quotes Mr. Hajjarian as saying: “The political deputy of the Strategic Research Center did not have one more project, and that was a political development project … The development project seeks to change the political structure and culture of society based on Western development models. Was.” The document named Hajjarian’s colleagues as elements who played a role in the 1988 sedition. The above-mentioned document writes that two circles, one Kian as an intellectual circle and the other a religious circle as a political branch, were theorized and institutionalized based on the Western model under the direct guidance of Soroush and the publication of two publications Kian and the Rite of Development Thoughts. Provided. “Political development means democratization, and democratization means secularization,” says Bashiria.

Of course, the head of the brokerage government was not unimportant in the formation of the reform government. In general, during a decade of efforts, development ideas based on the Western model, ie liberal and secularist ideas, entered the field of executive power, and the Ghaela of July 9, 1978 was one of the consequences and bedrock for structural change, which was neutralized by the formation of July 23, 1978.

* The root of the change in the behavior of the people and the turn towards the fundamentalists was anti-religion, anti-values ​​and opposition to the principles and principles emphasized by Imam Khomeini and leadership and moving towards anti-structuralism. The people felt that all values ​​were exposed to the destruction of pro-Western power groups that were incompatible with religious rule and Velayat-e-Faqih. Therefore, with their arrival, they changed the direction of the reform government; Of course, the ninth government, in spite of the good deeds it did in the four-year term, changed its course in the tenth term and, with a crooked attitude, paved the way for the government to come to power.