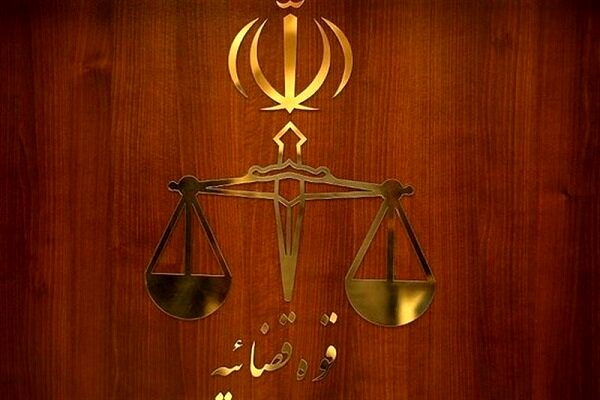 Hojjatoleslam Mohammad Mossadegh Legal Deputy Judiciary In a TV interview referring to Judicial Transformation Document He stated: “In fact, this document is a comprehensive 5-year plan of the judiciary and the only program on which plans should be developed.”

He added: “We, as the legal assistant, formed a working group based on this document. Also, this document has not been implemented since today, but this document has been in place since the day when Hojjat al-Islam and Muslimeen Raisi were appointed as the head of the judiciary.” they came.

Hojjatoleslam Mossadegh, noting that it has been nearly two years since the compilation of this program, said: “This document is in fact an upgraded version that he had compiled from those days.”

The Legal Deputy of the Judiciary clarified: This document is based on upstream documents Constitution It takes into account the general policies of the system, especially judicial security and. Is considered.

He pointed out that experts in all fields along with young revolutionary elites have been used to prepare this document: “The Judicial Transformation Document is a comprehensive document in the full sense that, God willing, we can implement it in the judiciary.”

Hojjatoleslam Mohammad Mossadegh, stating that in this document, the judiciary has 7 duties, added: missions have moved from a traditional to a modern perspective, handling complaints, detecting and prosecuting criminals, preventing crime, restoring public rights, reforming criminals from These are the missions.

He said: “One of the positive features of this document is the issue of scheduling, which has set a specific time frame for all missions; The short term is until July 1400, the medium term is July 1401 and the long term is until the end of 1402.

The Legal Deputy of the Judiciary, noting that this document has been prepared in a challenge-oriented manner, clarified: In this document, one of the important issues addressed is the elimination of ambiguity and defects in the laws, the judiciary and the people from the laws. Opposition and ambiguity suffer.

He added: “Sometimes different interpretations of the law cause the rights of litigants to be lost; Suppose one out of 200 people has cheated and sold an apartment unit to 200 people three years ago for 50 million Tomans, and now 199 people are complaining about this scammer and asking for punishment and damages.

Hojjatoleslam Mohammad Mossadegh stated: The court returns the same 50 million Tomans for damages, which indicates a legal vacuum that leads to the issuance of conflicting verdicts; We seek to fill gaps in the law so that litigants can get their rights faster.

He added: “In this document, doing some things does not require a law, but some issues need a law, and the more transparent the law, the less different interpretations there will be. Also, one of our shortcomings is the issue of criminal policy; We do not have a criminal policy based on the law.

Regarding the punishment of punishments, Hojjatoleslam Mossadegh discusses the criminal policy: “We must have a special formula that, for example, if someone commits theft, we must see what punishment will be corrective for him and instructive for others, one of the basic tasks of this judicial transformation document.” Is to have a criminal policy based on Islamic teachings.

He pointed out that one of the important points of this document is the issue of prolongation of the trial; He stated: Suppose a person files a complaint and has to pay for the proceedings, but claims that he or she will be sued in another case; After the court finds, the person may protest and go to the court of appeal, etc., which takes at least 6 months; The evolution document eliminates these additional processes.

Hojjatoleslam Mossadegh explained: “A bill is underway in which it is stated that the person who files the usury petition will be tried in the same court immediately and the usurpation sentence will be issued and there will be no delay.”