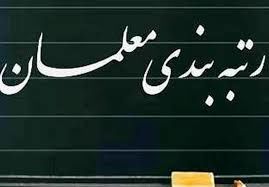 He continued: The question from the Minister of Education was that according to part (2) of paragraph “a” of Article 63 of the Sixth Development Plan Law, the government is obliged to prepare a system for ranking teachers in order to make changes in the education system; But what is the reason for the delay and procrastination of the government and the Ministry of Education in submitting the bill of the comprehensive system of teacher ranking to the Islamic Consultative Assembly?

Karimi Firoozjaei said: “It is a good thing that the Minister of Education, in a letter to the First Vice President on October 19, presented the proposed text of the Teachers’ Professional Ranking Bill for the approval process in the Cabinet.”

He added: “We hope that this bill will be approved by the government as soon as possible and will be submitted to the parliament for consideration and legal steps, and the parliament is ready to follow it to bring this bill to a proper result.”