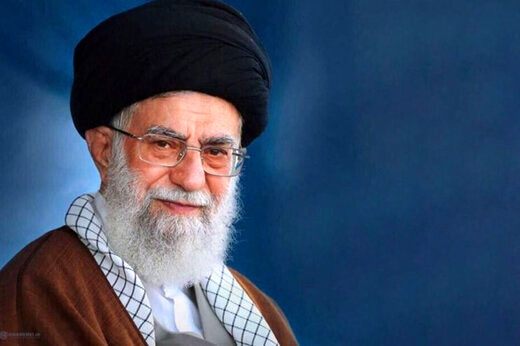 In the following report, we will discuss the failed assassination of the Supreme Leader of the Revolution in the first years of the Islamic Revolution by dissident elements, and then the media efforts of the enemies to spread rumors about the health of Grand Ayatollah Khamenei.

The failed assassination of the Leader of the Revolution in Abu Dharr Mosque; The latest attempt to assassinate non-media enemies

It was on July 27, 1981 that the Supreme Leader of the Revolution was assassinated and assassinated by hypocritical groups. It so happened that Ayatollah Khamenei made an introduction in his speech to the point that: Today, many rumors have been spread among the people and I want to respond to some of them. The recording then went hand in hand with the middle-aged man until he reached a young man of average height, with curly hair, a plaid shirt, and a pink-haired man with short hair, which in those days was the stereotype of the face and brigade of many young people. He reached for the podium and placed the recording on the podium, right in front of the speaker’s heart.

Less than a minute later, the speaker began to whistle, and the leadership, as they spoke, said, “Sir, adjust this speaker.” Then they turned to the left and came back a little behind the podium and continued to speak: “In the time of the Amir al-Mu’minin, women were oppressed in all human societies, not just among the Arabs. “They would not let him study, they would not allow him to enter the community and become proficient in political issues, nor would they be allowed in the squares …” It was at this time that the explosion sounded and then one of the leadership bodyguards was taken to the clinic. And then they took him to the hospital, and finally his injured hand was remembered from this incident.

This was the only attempt by the counter-revolutionary groups and the hypocrites in the post-revolutionary period, and so far no individual or group has even thought of committing such evil acts again.

Now, the weakness and inability of the enemies has reached a point where they only intend to disturb the psychological peace of the people by spreading a series of rumors and media wars, both in cyberspace and not in the real world.

Rumors and magnification of leadership surgery

It was on the morning of Monday, September 8, 2014 that the news of Ayatollah Khamenei’s surgery was published in the media. The leadership unexpectedly announced in the national media that they were about to have surgery and asked the people to pray. This act, which was a relatively common act among men, attracted the attention of the people and, of course, was an opportunity for the counter-revolutionary media to spread false news against their health.

In a first reaction, Reuters reported on the Supreme Leader’s physical condition and questions about his successor: Ayatollah Khamenei’s pictures in the hospital raise questions about how serious his illness is and who will eventually replace him. , Has been. According to Babak Dehghaneh, a Reuters writer, this was unprecedented in the 35-year history of the Islamic Republic in Iran.

Reuters had reported: “There have been rumors about the Supreme Leader’s illness for years, but such media coverage of his health condition, which according to the constitution has full influence and authority in all three branches of the executive, legislature and judiciary, as well as the armed forces and members of the media.” Has never been seen before.

It seems that this volume of media coverage and enlargement of a surgery is very thought-provoking.

In addition to rumors and exaggeration of the Supreme Leader of the Revolution by foreign media in early 1996, Abolhassan Bani-Sadr, Iran’s first president, announced that a message had been sent from inside the country to US President Donald Trump, due to the acute illness of the Supreme Leader. The revolution will reduce the pressure on the Iranian government and also reduce the sanctions. Bani Sadr quoted this news as quoting his sources and said: “I think this news is true, because the US Congress voted for the sanctions until after.” Postponed the presidential election in Iran. In an interview with IranWire, he said that the message sent to Trump from inside Iran was that the leadership was ill and that if it were not for the pressure of the US government, the moderates would remain in power and the successor would have the same role as the Grand Ayatollah. He has Sistani in Iraq.

In the latest rumor, Newsweek, the American news site, claimed a few days ago, based on a fake tweet from an Arab account, that Ayatollah Khamenei, the Supreme Leader of the Islamic Revolution, was not in good physical condition and had therefore relinquished power. Is! Knowing that this news was false, Newsweek quoted the article from a Twitter account and wrote a few hours later that it could not confirm the claim of the Twitter account! The pages that Newsweek published the fake news according to are owned by a person living in London and, of course, a supporter of separatism in Iran! Some sources report that he has links to the Saudi flag in Saudi Arabia, and therefore the whole issue seems to be a Saudi project, which is why Newsweek probably wanted to ignore the Saudi dollars behind this rumor. Also, by quoting a Twitter account, say that he is not responsible for its accuracy!

This is while the day before, the Supreme Leader of the Islamic Revolution appointed Shukri as the representative of the Supreme Leader in the Foundation for the Affairs of Martyrs and Martyrs, in a decree issued by Hojjat al-Islam and Muslims. Also, hours after the rumor and the fake image of the news network about the immediate meeting of the Assembly of Experts in cyberspace were published, Mehdi Fazaeli, deputy director of the Office for Organizing and Publishing the Works of Ayatollah Khamenei, wrote in a tweet: No, the sincere ones, Hazrat Agha, are healthy and cheerful in carrying out their plans according to the routine.

The spread of false rumors about the health of the Supreme Leader of the Revolution is a long-standing and, of course, burnt project in the Western media. Previously, the project was run in the West by a man named Michael Laden, who occasionally published such news, and it seems that with the burning of this source, other sources have been selected for these forgeries in the West.