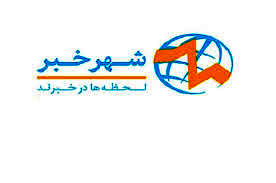 According to the political news of Shahr-e Khabar, Hamshahri Online news site wrote in this regard: The executive director of the Arms Control Association in Washington, positively assessed the reflection of the Iranian president’s remarks and said that the new US administration is ready to return to Borjami commitments. Trump, Iran to enjoy the economic benefits of the nuclear deal.

The second most visited news was about the presence of an Iranian origin in Biden’s national security team. According to Eqtesadnews, the American media have introduced Trita Parsi, the founder of the American Iranian National Council (NIAC), as one of the options for US President-elect Joe Biden to play a key role in the White House National Security Council.

Other high-profile news was about the Supreme Leader talking about sanctions. According to the world of economy, the Supreme Leader of the Islamic Revolution said: Of course, we do not say not to seek the lifting of sanctions, because if the sanctions can be lifted, we should not delay even an hour, although it has been delayed for four years now and since 1995 All sanctions should be lifted at once, to date, not only have sanctions not been lifted, but they have become even more so.