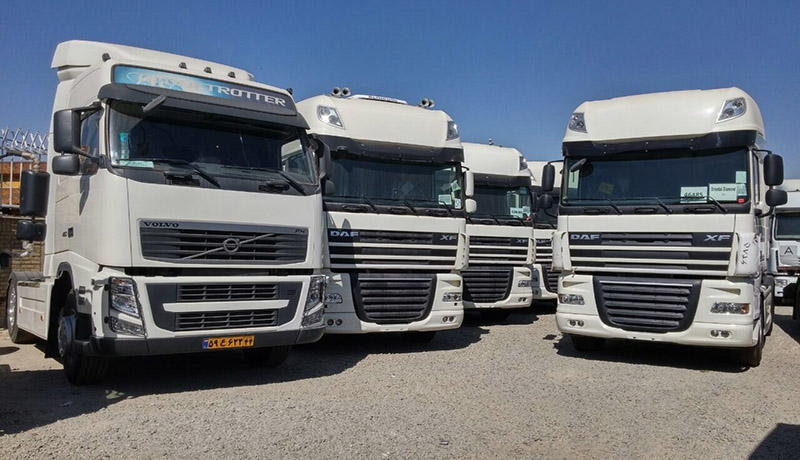 According to Tejarat News, about 60 years ago, the production industry Truck It started in Iran with the founding of the late “Asghar Ghandchi” and gradually the parts manufacturing and assembly industry also started to operate, so that by overtaking the countries of the region, we can at least surpass them in the construction and use of heavy vehicles, so many Automotive industry experts believe that while Iran has not been able to achieve good success in the production and manufacture of passenger cars and has always faced criticism from consumers, but on the other hand has a high capacity in the production and design of trucks, road construction and ؛; But now, due to the difficult economic situation and the pressure of unilateral sanctions by the United States, this valuable industry is disappearing, and unfortunately, we must also mention that the officials, especially the foreign exchange officials of the Central Bank, do not pay any attention to this issue.

In the meantime, we must point out that one of the first steps taken by the United States to sanction Iran was to sanction the automobile industry, because they were well aware of the importance of this industry and the number of workers who could be unemployed in this field. It goes without saying that in March 2017, the Economic Council passed a resolution on a law passed in 1994 in the field of modernization of the transport fleet, as an alternative plan for the renovation of the worn-out transport fleet, which allowed the government to spend about $ 10 billion. Allocate to the modernization of the worn-out transport fleet.

The reason for passing such a bill was that the total trade fleet of Iran, which is about 345 thousand units and about one hundred thousand units, which make up 25% of the trucks, are more than 50 years old, and this creates serious problems for the manufacturing industry. The truck is in Iran, because the average life of a truck is estimated at seven years according to international standards, but as we can see in Iran, about 25% of the public transport system is completely worn out, which is a matter of great concern. The most important problems associated with this worn-out system are high fuel consumption, environmental pollution, slowness in the transportation of goods, compromising road safety, reduced employment, foreign exchange costs, and each of which can lead to serious problems on its own. .

Saving fuel can be considered as the key to resolving the crises we have mentioned, because if we hope that the government wants to take steps to solve these problems, only the revenue from fuel saving can improve the current situation. According to studies on the fuel consumption of worn-out trucks, we come across some trucks that are over 80 years old. Accordingly, a 50-year-old truck consumes about 50 liters of diesel per 100 kilometers, while new trucks consume an average of about 30 to 35 liters of fuel in the same distance, and if we multiply this amount of fuel by the number of trucks removed, We reach a large number and realize that the damage done to the country by the fuel consumption of these trucks is very large; For example, a truck travels about one hundred thousand kilometers a year and causes the amount of fuel lost by these cars, including the price of diesel in the Persian Gulf countries, to damage the country by about 19 thousand billion tomans, while the environment and other areas. As we mentioned, they do serious damage.

In fact, these trucks cost about $ 1 billion and $ 200 million a year in fuel consumption alone. It was after this investigation that the government put these figures together and realized that with a little investment, the country’s fuel revenue could be reduced. The plan to replace worn-out trucks with new ones, and this plan became known as the key, because in this plan, since the drivers do not have the power to finance the purchase of new trucks, the government obliged itself to bear 50% of the price of these trucks. ; This means that the truck is actually provided to drivers at half price.

In the meantime, the government’s interest is that when it pays this 50 percent from the National Development Fund, and on the other hand, the National Oil Company will reimburse the government in seven years from fuel savings, and in fact, this system showed If any investment in heavy trucks is made by the government, it will be returned to the government in a seven-year period from the fuel economy, according to experts. It is said that it is not yet possible to allocate consumer resources from the National Development Fund to producers. Of course, there has been a lot of support so far, which in fact can be said to have had no effect on the activity of domestic producers.

Due to the complexities of the sanctions plan, many companies were unable to properly plan their production structure to circumvent the sanctions, and only some private car companies, such as Aria Diesel, were able to impose the sanctions. Bypass and import the parts needed to produce the truck and be able to continue their activities. It should be noted that the continuation of domestic production in these conditions of the country has positive points such as controlling prices, preventing the need for foreign trucks, the development of turnkey and key design.

If a truck is not offered in the market, due to these shortages, the price of the truck will grow rapidly, and in recent months we have seen that the price of a truck has reached four billion tomans. Note that the automotive industry is a logistics industry, because in Iran, because we do not have extensive railways, the burden of transportation and transportation is on the shoulders of trucks, and it can be said that the mass movement of goods is done by trucks. During this period of sanctions, and given that all Chinese and European partners left the country, the shortage of goods has become one of the problems of truck production, and this shortage of goods has increased the price of trucks.

The government has allocated money for a 3,000-unit truck to a domestic manufacturer such as Aria Diesel. And as prices rise, drivers will no longer be able to buy new trucks.

Most important of all, the producers’ worries about the closure of factories and the unemployment of workers are increasing day by day, because when they can not provide the parts needed for production, everything will be shut down, so it will be practically impossible to provide raw materials and parts. We can only hope that the government will revive the production of heavy vehicles by strengthening the turnkey plan. One of the reasons why a key-to-key scheme has not been successful in the face of sanctions is the lack of careful planning by the central bank. In this regard, the central bank could help national production instead of allocating currency to luxury goods, and somehow solve some of the problems by injecting currency into the field of trucks. Of course, the central bank faces restrictions due to sanctions, but even with these conditions, we see that they allocate currency to some luxury goods that are not considered a basic need for citizens. The importance of trucks and the transportation of goods by road during the Corona era cannot be ignored, which shows how much the country needs to modernize its transport fleet.

This shows how benefiting the automotive industry can benefit the country’s economy. Given these circumstances, it seems that there is no balance for the allocation of currency in the country by the central bank. The Central Bank, with the help of the Ministry of Silence, must address these problems and remove obstacles. People need all goods, but the reality is that the country’s economy is moving on the roads and by trucks, and there must be a balance in allocating currency to industries and importing essential goods, and the truck industry, which has existed in Iran for many years, should not be ignored. ; Because setting up such an industry would be much more difficult than providing foreign exchange.