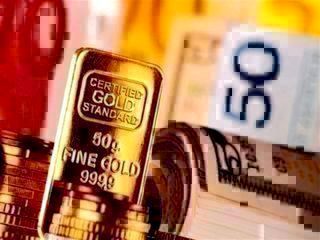 This news is updated every hour …

The second vice-president of the Tehran Jewelry Union continued: “Therefore, in recent weeks, the price of an ounce has risen by an average of $ 41, from $ 1840 to $ 1881 in the last recorded transactions.” On the other hand, the exchange rate at the beginning of last week was 26 thousand tomans in the channel, and during the week, on average, each dollar decreased by 350 tomans and fell to the channel of 25 thousand tomans, and yesterday (Thursday, December 17) in the last Transactions reached 25,880 tomans per dollar.

He pointed out: these two factors ($ 41 increase in the price of an ounce in the world and a decrease of 350 Tomans per dollar inside the country) covered each other and caused the price of coins and gold to decline in the last week.

The union official added: “In addition, as in previous years and according to previous traditions, it was predicted that due to the approach of Yalda night, the demand for gold would increase, but this did not happen this year (because gold prices are high this year Naturally, there was no chance of giving gold as a gift, and the corona virus and avoidance of dorms were probably not ineffective). Thus, not only was there no more demand in the market, but the supply became more and more appropriate; As a result, the coin bubble has formed over the past week following a drop in demand. While at the beginning of the week there was a bubble of one million and 150 thousand Tomans for each coin, at the end of the week the bubble for each coin was estimated at 800 thousand Tomans.

Also, the price of each ounce of gold in the world markets reached one thousand and 877 dollars and each gram of 18-carat gold is traded in the amount of one million and 141 thousand tomans.//Afkar News