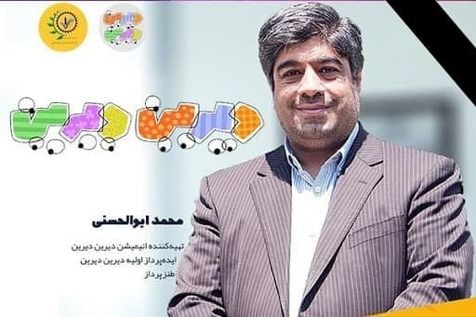 Mohammad Abolhassani, the original producer and inventor of the ancient animations, died of coronary heart disease.

“Unfortunately, Mr. Abolhassani is not feeling well and is in a coma,” said Ali Derakhshi, writer and director of the “Dirin Dirin” series, about the latest condition of “Mohammad Abolhassani” who has coronary heart disease.

The director also added: “All the groups of” Darin Darin “wish this dear colleague good health and recovery, and we hope to hear the news of their health soon.”

According to Fars, Mohammad Abolhassani is the producer of the animated series “Dirin Darin”, which he first made for TV in 1994.

This collection is in the language of humor and deals with socio-economic and environmental problems.