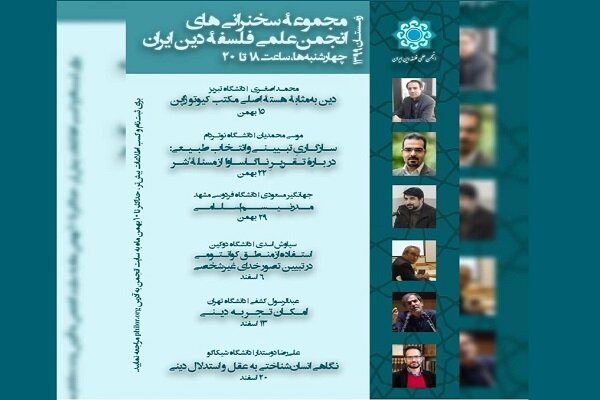 According to the Mehr correspondent, the Scientific Association of Philosophy of Religion of Iran will hold a series of six lectures this winter with the participation of thinkers and professors of philosophy of religion inside and outside the country.

These lectures will be held weekly from Wednesday, February 6, on Wednesdays from 6 to 8 p.m.

The program of these lectures is:

Mohammad Asghari: Religion as the core of the Kyoto school in Japan

Musa Mohammadian: Explanatory Consistency and Natural Selection: About Narration Nagasawa From the issue of evil

Siavash Asadi: Using quantum logic to explain the idea of ​​an impersonal god

Those interested in attending these lectures can refer to the website of the Scientific Association of Philosophy of Religion of Iran at philor.org.