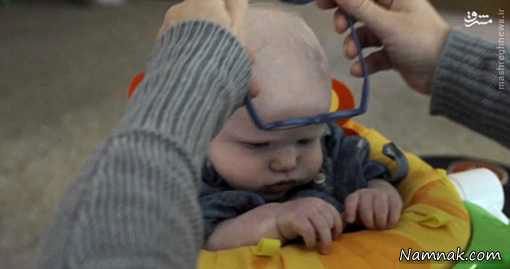 It takes months for children to learn to laugh, but what if a child is almost blind?

Leopold Wilber Ripand is a four-month-old Seattle child suffering from a rare condition called oculocutaneous albinism. This disease has weakened the sight of this innocent child, which is why he has never seen his family, he only felt them by touching his parents’ faces.

Thanks to the children’s special glasses produced by Miraflex, Leopold was able to see his parents for the first time. In the pictures below, the mother of this child puts glasses on her eyes, after a few moments, the child notices that some things have changed, looks up and smiles as soon as he sees his mother.