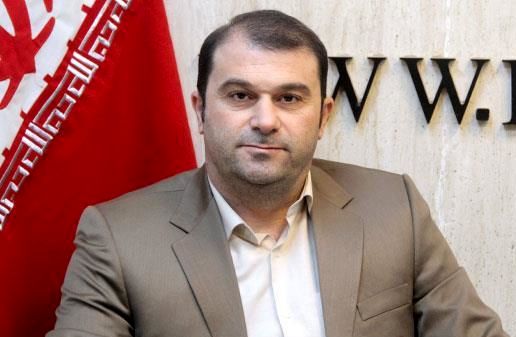 Charlie Anvie leaning on Christmas greetings Jesus christ (AS), about the situation Religious minorities After the victory of the Islamic Revolution, he said: Christians The Assyrians and Chaldeans, along with the Muslim brothers and sisters, established honors that show a real and rainbow union of the real interaction of ethnicities and religions in the country.

The representative of Assyrian and Chaldean Christians in the parliament thanked the Supreme Leader for issuing a congratulatory message on the occasion of the birth of Jesus Christ (AS) and continued: From all my colleagues in the parliament, state and military officials who sent a congratulatory message to Christians this Eid. They said I am very grateful.

He added: “These congratulatory messages are an encouragement to Iranian Christians and a strong response to the nonsense of human rights claimants who beat the drum of their scandal by making claims such as the hard and miserable life of Christians in Iran.”

Anouyeh Takyeh emphasized: I say explicitly that Iranian Christians have been present in various national arenas, including the front and the war under the tricolor flag of the Islamic Republic of Iran, along with their Muslim brothers, who have also dedicated a number of martyrs and veterans to the revolution.

He said: “It is an honor for Christians to live in a country that puts respect for religion and values ​​and beliefs at the forefront of its work, and considers it respectable and praiseworthy.”

The representative of the Assyrian and Chaldean Christians in the parliament stated: After the victory of the Islamic Revolution, the Christians living in Iran held religious, cultural, artistic and sports ceremonies in complete peace with the firm support of the Government of the Islamic Republic of Iran.

He stated: Living in the system of the Islamic Republic of Iran and enjoying its blessed blessings is a great blessing for which we are always grateful.

Anviyeh Tekiyeh emphasized: “Thanks to the Islamic Republic of Iran, conditions have been provided for the representatives of religious minorities in the parliament to participate in the country’s major decisions by agreeing or opposing plans and bills.”

He added: “Resistant Persian language TV channels seek the audience by resorting to lies, hypocrisy and showing the facts upside down, so they should see the life of Christians in Iran closely.”

The representative of Assyrian and Chaldean Christians in the parliament stated: Disturbing the public mind is one of the famous tricks of dissident networks, which has failed due to the tactics of the wise leader of the revolution, jihadists and political activists in Iran. Iranian Christians hold religious ceremonies in complete peace, security, and authenticity, which is palpable in reality.

Anouyeh Takyeh stated: “We are a minority in terms of religion, but we are the majority in terms of being Iranian. We, as Assyrian Iranians, consider ourselves responsible in the system of the Islamic Republic of Iran and adhere to the rules of our country in the principles of regulatory framework.”

The representative of Assyrian and Chaldean Christians in the parliament, referring to the sludge spread by one of the Persian-language TV stations about the situation of Christians in Iran, said: “One of the wonders of the world is the change of claimant and respondent so that violators of the rights of divine religions in their empty networks Using hired experts, they make ridiculous human rights claims.

He continued: “Saudi Arabia, which is proudly at the top of the country that violates human rights, must be responsible for the living conditions of religious minorities in this country.” Realizing Iran’s self-sufficiency and power in the fields of economy, energy and military, the Westerners launched an anti-Iran project, but did not achieve their goals in any way, and now they are talking about worthless issues.

He continued: “On the eve of the New Year, we should celebrate Christmas according to religious customs, but this year it will not be held just because of the corona and the observance of health protocols.” Christians have always held government-sponsored celebrations and ceremonies that did not take place this year due to the outbreak of the Corona virus, but Iran International wants to falsely claim that the government of the Islamic Republic of Iran has prevented Christians from celebrating the New Year. .

He pointed out: I tell the Saudi gossipers that the non-celebration of the Christian New Year has nothing to do with the Iranian government, but only because of the coronary conditions prevailing in the country, and we have no problem in holding the ceremony.