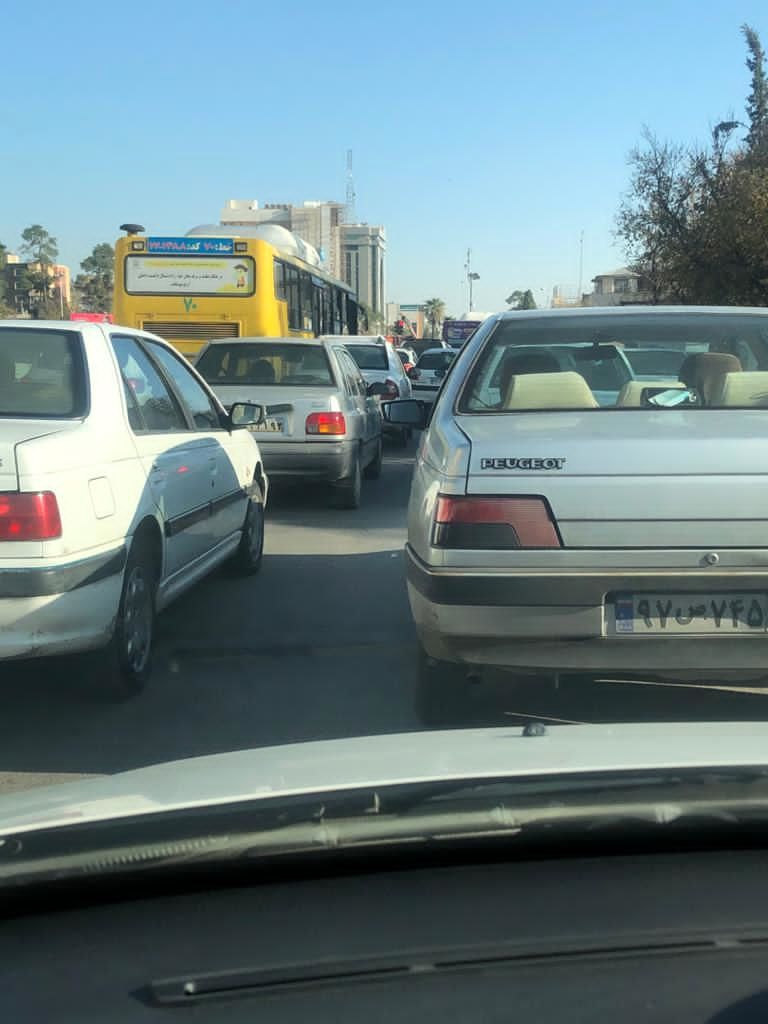 According to the Shaman News reporter from Shiraz, For several years, the Shiraz Urban Train Organization has blocked most of the arteries in this square due to the construction of the Imam Hossein (AS) Square metro station, and has considered only a limited area for car traffic, which has caused many problems. It has created for the citizens, but today, Wednesday, December 10, the municipality and the Shiraz city train organization, recklessly and without considering the rights of the citizens, started digging in a very narrow passage that was previously intended for the passage of cars and caused Very heavy traffic was caused on Zand Boulevard, Enghelab Street and its side branches, causing citizens to be delayed for several hours in this very heavy traffic.

Zand Boulevard is one of the central and very crowded streets of Shiraz, which has heavy traffic in normal conditions, and how is it that the managers of Shiraz Municipality do not know that any excavation in this area will lead to double the traffic?

Couldn’t this excavation have been done in the middle of the night when the traffic on this boulevard is very low so that this volume of traffic is not created and citizens’ time is not wasted for hours?

Does the protection of citizens’ rights, which is the motto of municipal managers, have a place in the implementation of development projects in this metropolis ?!