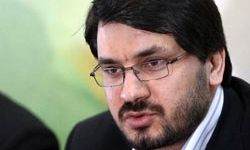 Mehrdad بذرپاش In public today Parliament Islamic Council while congratulating the anniversary Epic of 9 January And condolences on the occasion of the days of mourning for the martyrdom of Hazrat Zahra (PBUH) and the anniversary of the martyrdom of Sardar “Qassem Soleimani” and “Abu Mahdi Al-Mohandes”, said: Summary of the report on the budget for 2009 as the 31st report on budget deprivation after the victory of the Islamic Revolution (55) The Constitution and Article (219) of the House Rules of Procedure, despite restrictions on the spread of the corona and the extension of the deadline for absorbing government expenditures in 1398, were prepared one month ahead of schedule and sent to the Assembly on 29 December 1399.

He added: The Court of Accounts with an audit of 3,700 executive bodies, review and consolidation of more than 6,800 audit reports, the performance of the notes of the single article of the budget law of the whole country in 1998, review of consolidated reports of 274 notes, paragraphs and parts in The technical and legal working groups prepared the report of the single article and its following notes in 599 pages and approved it in the General Assembly of the Court of Audit.

The Chairman of the Court of Audit announced: The performance of some of the notes (1), (4), (7) and (21) of the single article of the Budget Law of 2009 has been classified according to the opinion of the competent authorities and its report has been submitted to the Speaker. .

Bazrpash also said: the realized resources of the law on targeting subsidies amount to one hundred and thirty-two thousand four hundred and ninety-eight billion Tomans and the resources obtained from the difference between the increase in gasoline price, ie the subject of the livelihood plan amounting to nine thousand three hundred and sixty-two billion It has been Tomans.

Referring to the main problems in allocating and providing preferential currency of 4200 Tomans, he clarified: confusion in the order registration system, lack of counting the country’s needs for importing basic goods, lack of coordination between relevant ministries and creating unconventional rents and profits for some people, including These are the problems.

The text of the report on the disbursement of budget 98, which was presented by the head of the Court of Audit, is (here).