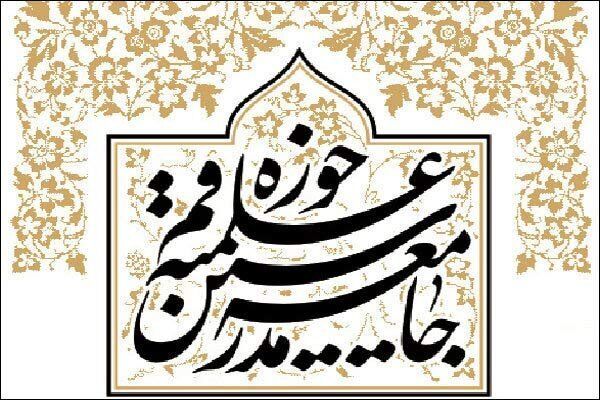 In the text of the statement of the Qom Seminary Teachers Association, in response to the recent remarks of Ayatollah Amjad, it is stated;

Blasphemy and insulting words of one of the naive suicide bombers that have recently been published in some virtual media is nothing but spraying the sun.

The enemies have realized the vital and important position of the province in order to strike at the Islamic system, and in an unfortunate attempt, they are trying to throw their evil attacks and suspicions at the province with poisoned arrows. In the meantime, an ignorant and astonished person has set himself on fire as the enemy and has set fire to the field of his former deeds. To the extent that in defense of a key member of the hostile enemy and the spy service in the information war and terrorism, full-fledged media enters the field and, like the Kharijites, draws a line for the guardian and imam of the society.

The corruption of the sick souls and hearts of the enemies of the province is evident in the vulgarity of their tongues, and the devil has shot at the depths of their existence so much that their eyes are unable to see the way and the good. Those who sowed the seeds of deviation from the truth in their fields in the dusty atmosphere of the sedition of 1988 and poured stinking water on it are reaping their downfall and misery today. This falsehood of those who were confused and astonished in the sedition and was kidnapped by the trick of Satan is not strange and unlikely, and it is a seal of confirmation of the fact that staying away from the province will lead to immersion in ignorance.

A knowledgeable jurist with a high spirit and a pious spirit has for many years humiliated and isolated the arrogant front by promoting the teachings of pure Islam and has directed the depth of influence of the Islamic Revolution thought to the borders of the infidel front. This trustworthy leader and leader is known both in the eyes of the believers and the oppressed of the world and in the eyes of the enemies as the most powerful manager and the most political jurist, and his tactics and guidance have astonished the world analysts. The tactics that thwarted the heaviest conspiracies and thwarted the deepest seditions. How ignorant and night owls are those who close their eyes to these radiant truths and defile their tongues with boldness.

Qom Seminary Teachers Association announces; The deep bond between the people and the Imam-knowing ummah is stronger than it can be hit by these styles of brains, and the province is the point of agreement and the center of unity of the Muslim nation of Iran.

Self-restraint in the face of big words and the many slips of some unclean souls is a sign of the believers’ perseverance and an opportunity to return and be truthful. We hope that God will reveal the lessons of the times and the punishments before Him to the ignorant guardians, and that piety will prevent them from falling into mistakes and slipping into the abysses.

Then the consequences of those who seek evil are that they lie in the revelations of God, and they are incapable of doing so.

And peace be upon you and God’s mercy and blessings

Chairman of the Supreme Council of the Qom Seminary Teachers Association