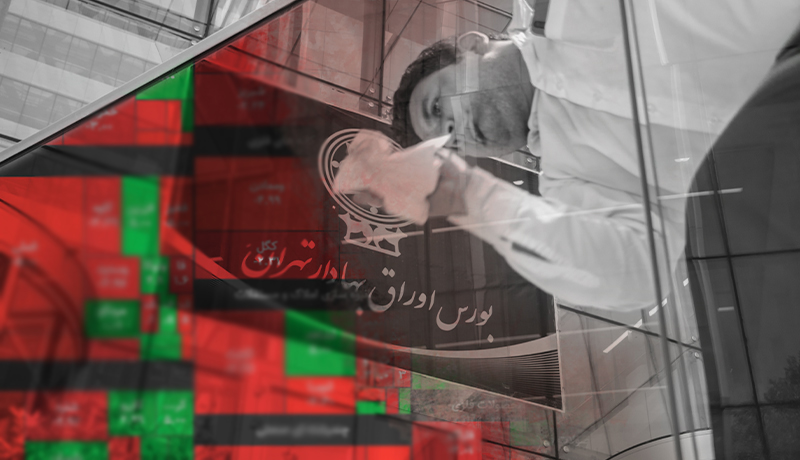 According to Tejarat News, Mojtaba Motamednia, a capital market expert, said: “The three factors of bank interest rates, global prices and increasing supply in the market are considered as the most important market threatening risks that can greatly affect market trends.”

The expert added: “The rapid downward trend in stock market trading last week was due to two factors that were very important.”

He said: “The first factor is that the market is always close to resistance at some point, and at that time, the volume of supply increases sharply and exceeds the demand in the market, the market will always be waiting for an excuse to reform at this time.”

Motamednia continued by stating that this excuse can be due to any reason such as news or rumors: News or rumors, regardless of whether they are true or false, will greatly affect the market trend, but the direct impact on the stock market index correction is the resistance in the market. There has been an increase in supply and a decrease in demand.

The capital market expert said: “Last week, the stock market index was close to its resistance and most shareholders, after fearing the unprecedented decline of the market, were worried about the stock market situation and therefore quickly sought to identify profits. The consequence of this was an increase in supply in the market.

He pointed to the influential factor in the return of the upward trend of the stock market index and said: two things happened in this field; Initially, there was a rumor in the market that was denied and the excuses disappeared and on the other hand, the market makers were more successful, these two factors together created a positive trend in the market.

In response to the continuation or non-continuation of the upward trend of the index, Motamednia said: “The market continues to revolve around shares and more liquidity goes to the shares that have players. Now the market trend is no longer the same as in the past.”

He pointed to the risks threatening stock exchange transactions and added: “The most important risk is interest rate risk, although this issue has been rejected by the authorities and the Central Bank has explicitly stated that such an issue is not on the agenda and this decision will not be implemented.”

“Another risk is the supply of supplies that may occur regardless of market demand,” he said.

He continued: “The third issue that is considered as a market threat is the dollar exchange rate and world prices. Now world prices are close to their price ceiling and it seems that prices will start declining from February (February-March).”

He pointed out that the investment structure in the capital market has been different from the past few years, he said: “Now in the market we are associated with the phenomenon of sectarianism, that is, when the share reaches the buying queue, the volume of demand increases sharply. Due to the influx of new shareholders, it is surprising that we are in the same situation in terms of sales, which will disrupt the market trading process.