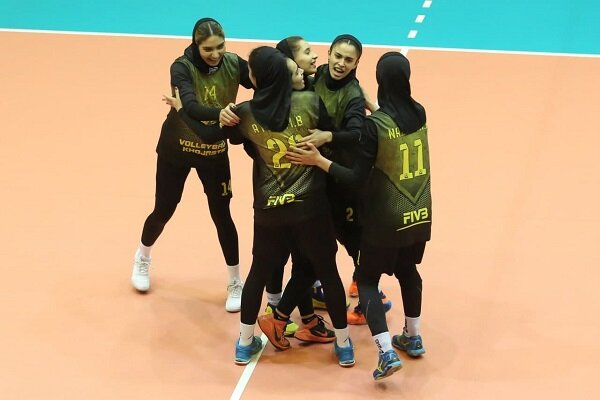 According to Mehr News Agency and to Quoted from the Volleyball Federation, the second week of the preliminary stage of the 20th Volleyball Championship of the top women’s clubs of Iran “Sardar Shahid Haj Ghasem Soleimani Cup” in the group B, Today (Monday) will be followed by two meetings in the federation hall.

The teams of Fars Stars and Khojasteh of Islamshahr competed in the first match today at 11:00 AM, and the representative of Islamshahr defeated his opponent 3-0 with scores of 25 to 18, 25 to 16 and 25 to 16, and won for the second time in this competition. acquired.

Azam Eidi students of the head coach of the blessed team of Islamshahr with this victory, six points from two wins in six matches far They were preliminary to the position Third Group table B Make for themselves.

The Fars Stars team also finished its work in the qualifying round of the Women’s Premier League without a win or a point until the stage Final Together with the blessed team of Islamshahr to win the fifth to eighth titles against the teams of Exxon and سرقامتان Go to Babylon.

In the last meeting far Women’s Premier League qualifiers and from 2 pm today, the teams of Isfahan Steel and Peykan Tehran, which have already reached the stage Final And the top four teams in the tournament are registered, they will face each other.