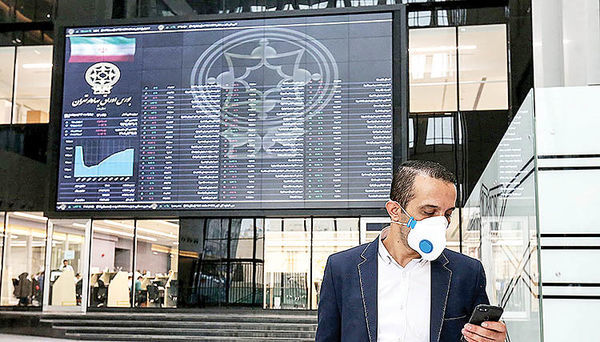 What is the core of transactions?

The central part of the trading system is referred to as the kernel, and in general the kernel is responsible for matching trading orders and is actually the creator of trades, but it should not be forgotten that the trading system does not only mean the core of trades alone, but many modules or sections. Many are working alongside the core so that the system can do its core business. In fact, the software that is used for a specific application is called a module. For example, a module that only calculates the final price, a module that is responsible for ordering, a module that controls and evaluates the symbols in terms of number and volume, all together that can make the trading ecosystem (system) Form.

There is no doubt that the occurrence of problems in the trading system of the Iranian stock market is a purely infrastructural and physical issue, but due to the tightening of sanctions and at the same time the escalation of disruption in the trading process of Tehran Stock Exchange, a topic called “localization of trading system” was raised.

Although in the world’s major stock exchanges, when market disruptions occur due to the rejection of any defect, the market watcher cancels transactions, but in most cases in the country’s capital market, even in the past few years, the stock exchange in terms of number of shareholders and volume of orders We did not have the current one and in many cases we did not see such an approach in the market, so some shareholders became passive core and defective trading system in general.

From the latest update of the trading system in Capital Market‌ which is a French system, about 4 years have passed and during these years, with the increasing success of investment in the productive sector of the country’s economy, we have witnessed more and more disruptions in the stock market, so much so that It was traded and sometimes had a severe negative effect on the first months of the year. Meanwhile, the Tehran Stock Exchange Technology Management Company, in a new action without the cooperation of the main company, increased the capacity of the existing trading system and was able to reduce the trading pressure to some extent by making changes in the capacity code.

Meanwhile, the progress of the local system, which was 10% in June this year, has now reached about 25 to 30% and is said to be implemented in the next two years, and until then, increasing the capacity of the existing system will remain on the agenda of stock market policymakers. . The CEO of Tehran Stock Exchange Technology Management Company unveils new statistics. According to Ruhollah Dehghan, the capacity of the local trading system is 100 million people and it will certainly be accompanied by the ability to create immunity when a large volume of orders arrives.

He adds: “Although the statistics show that recently the number of stock exchange and OTC transactions has reached a total of 4 million and 100 thousand transactions in one trading day, but that the capacity of 100 million people of the system certainly requires more transactions than the available figures.” It is important that it be considered by internal experts.

Dehghan continues: “Meanwhile, some capital market experts have a different opinion and believe that repairing the current trading system in the technology management company and trusting these people to upgrade the system is a more desirable event than localization.” However, if the declared capacity can not be passed by the native system in the testing phase, a special account can not be opened on it.

The CEO of Tehran Stock Exchange Technology Management Company emphasizes: The study of the trading status of brokerages shows that these companies do not have independent systems under the trading system, but only use ordering systems, thus simultaneously with the growth of the market of independent companies that are actually contractors. Brokers should also take steps to upgrade and develop their infrastructure.

Strategic systems for the stock market

According to Dehghan, the trading system is actually a system that has the ability to trade and is used to accept transactions; Therefore, as a strategic product, it should dominate this system and produce it using domestic power. For several years now, the Tehran Stock Exchange Technology Management Company has been seriously seeking to produce a native software system in the country. This complex trading system is now in the testing phase and in a specific environment, out of the market, and now many parts must be produced in this system; Accordingly, the production process is time consuming and in fact technical and business knowledge are producing native systems together.

He emphasizes: Although the establishment of a joint venture with the University of Tehran and the use of technical and scientific knowledge of the university, stock exchange managers and specialists all show a serious determination to produce a trading system, but due to the complexity of the system, success rate can not be clearly measured. Because it is a path that, if done correctly, can certainly achieve the desired result. A key factor to consider here is that systems are strategic systems for the country, so its production requires special time and effort. Therefore, one should not expect to reach the system that is used in the world within 6 months. The model studied and the models used on these types of trading systems in the world will take at least 4 to 5 years. In Iran, the main activity on the localization of the system began in early 2009 and will probably be operational within the next 2 years.

The whole stock exchange trading system was purchased in 2008 and was last updated in 2016. However, in the field of production of strategic products, the issue of cost-effectiveness will not matter much, although given the dollar exchange rate, the production of such products is certainly more cost-effective than buying them. For example, buying a wheat crop, even at the current price of the dollar, is more cost-effective than domestic production due to water consumption and other factors, but because it is strategic, such a crop must be produced domestically, so in the field of localization. .

“Apart from such cases, if there is an event in which the fairness of the transactions is violated for any reason, the technology management company is only allowed to provide technical opinions and the cancellation of transactions can be done at the discretion of the stock exchanges,” said the farmer.

However, the main goal of stock technology management is to provide a local system with the ability to compete with trading systems in the world’s major stock exchanges. Although the system will be used domestically, the capacities must be designed to be able to compete with international systems. In the first months of this year, short-term issues were on the agenda, one of which was to reform the business in order to reduce the pressure on the trading system, but in fact, the business did not improve much and, as a result, did not have much success. However, the medium-term plan to reform the existing trading system was also considered so that at the same time with the reform, the system can keep up with business pressure, which fortunately in early September, this was fully achieved. Even now, the existing trading system has changed its capacity in a way that is operating with the current pressures. Therefore, such a capacity increase, although about 60 to 70% of the route has been completed, but will continue in the existing system, and by mid-1400, all possible developments in the existing trading system will be complete. The production of the local trading system is also one of the long-term plans that is going through the production process, and we hope that it will be launched in the next 2 years.

Use the experiences of other countries

Alireza Tajbar, a capital market expert, believes in this regard: ‌ In fact, trading systems in the world are monopolized by a few companies, and it is not the case that even stock exchanges much larger than the Iranian stock exchange have a local system. Normally, the system is purchased as software from such companies, and most stock exchanges do not follow the local system in the size of the Iranian stock exchange. He adds: “We have worse experience at the national level, as we were supposed to have a local operating system in the past few years.” Which was a national plan, unfortunately it failed and showed that we should not build everything, we should use the experience of others and implement the tested systems in the country’s stock exchange. Tajbar emphasizes: In general, I am not optimistic about such a plan and Its implementation seems somewhat unlikely, however, if the implementation of this burden of transactions by the native system will be far from expected. When we talk about the native system, the native messengers are reminded in the minds of market participants, although the design of these messengers cost almost 100 billion tomans, but did not have a specific result. Thus, various domestic experiences show that the experiences of other countries should be used in this regard, it is not a matter of purchase now, and it is only a matter of updating that sanctions have prevented this from happening. With a fair approach, it can be seen that Tehran Stock Exchange Technology Management Company has carried out many development activities in the field of capacity building, so that now the existing trading system has been able to easily trade more than 20,000 billion Tomans and the problems of the past 7 to 8 months No transactions.