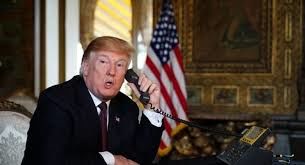 US congressional officials are working to approve a $ 900 billion bailout package in the last days of the House of Representatives. If this is delayed, there is a risk that part of the US government will be shut down within the next 24 hours.

U.S. lawmakers have until midnight Friday to reach an agreement, and are currently working to extend the deadline by 48 hours to allow more time for negotiations. But Democrats are reluctant to do so and have suggested to Congress that they reach an agreement quickly. Otherwise, parts of the US government may close in the next 24 hours.

Details of the plan were revealed on Wednesday, but nothing has been finalized yet.

The aid package is expected to be $ 900 billion and include vaccine distribution, school costs, $ 300 a week unemployment benefits, $ 330 billion in small business loans, and a new round of stimulus.