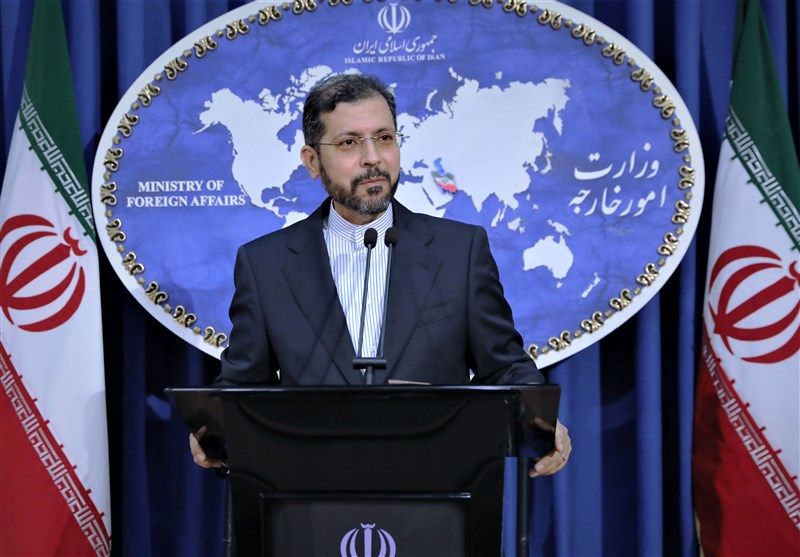 Saeed Khatibzadeh Spokesman for the Ministry of Foreign Affairs of the Islamic Republic of Iran this evening (Monday) in response to repeated allegations Mike Pompeo The US Secretary of State, who called Iran behind the scenes of Sunday’s rocket attacks on Baghdad’s Green Zone, tweeted: “We strongly reject Pompeo’s anti-Iranian allegations, which are openly aimed at creating tension.

He added: “Iran rejects any attack on diplomatic facilities.”

“The US military presence is a source of instability in our region,” Khatibzadeh said. No amount of distortion can absolve America of its evils.

Today (Monday), US Secretary of State Mike Pompeo reacted to the rocket attack on Baghdad’s Al-Khadraa area on Sunday evening by repeating the previous accusations against the Islamic Republic of Iran. Iraq called for the perpetrators of the attack to be prosecuted.

“Iranian-backed militants once again openly and shamelessly attacked Baghdad, wounding Iraqi civilians,” Pompeo wrote in a sharp message. The Iraqi people have the right to prosecute these perpetrators. “These violent and corrupt criminals must stop their destabilizing actions.”

Baghdad’s al-Khadra district was hit by at least eight rockets on Sunday evening, after which the US embassy confirmed the attack, saying that the Siram system at the embassy had repelled the rockets and that only material damage had been done to residential buildings in al-Qadisiyah in al-Khadra district. Is.

Foreign Ministry spokesman Khatibzadeh also told reporters at a weekly news conference today that several rockets had hit Baghdad’s Green Zone: “Iran’s diplomatic facilities in Iraq have been repeatedly attacked.” We had the same policy that attacking diplomatic and residential places is rejected and unacceptable. But the nature of the attack and its timing and the statement issued by the US Secretary of State show that the timing is very dubious and it seems that they have already prepared a statement to publish.

He added: “I strongly condemn the remarks of the US Secretary of State. The well-known foreign minister is lying, both in this position and when he was the head of the CIA. The Iraqi government will surely find the culprits and perpetrators based on its duty.

Khatibzadeh warned the US regime not to set fire to the situation these days.