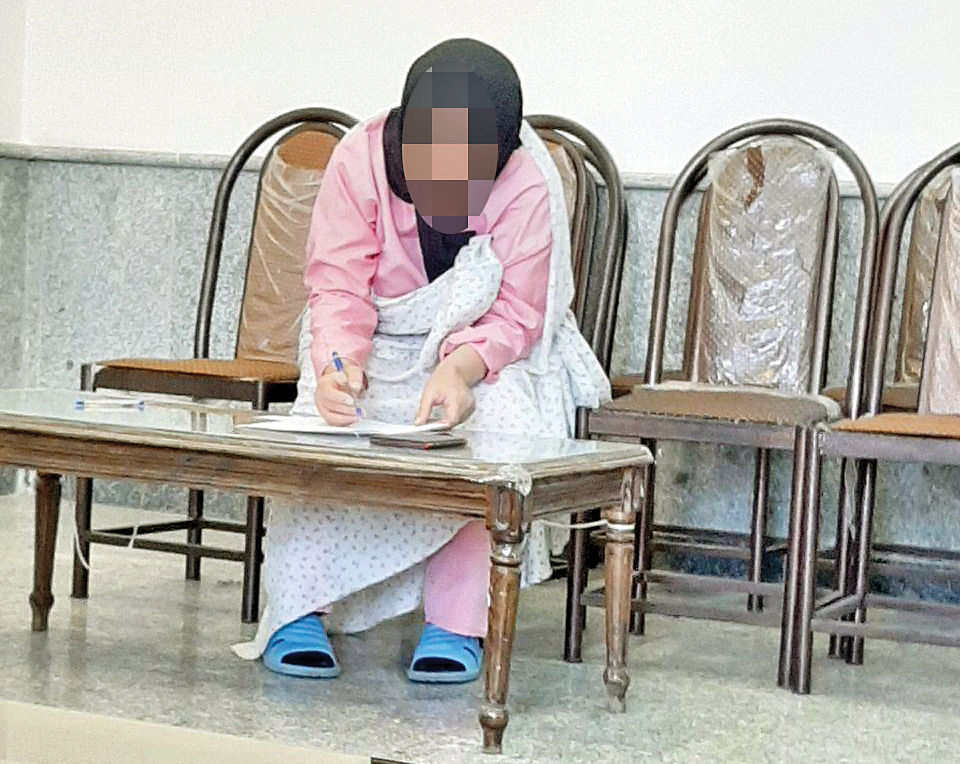 According to reports EconomyOnline According to Shargh, the woman accused of the murder had initially tried to make her husband’s murder look like suicide, but the officers had found out. After the arrest of this woman, her eldest daughter was also arrested on charges of concealing criminal evidence Indictment Issued and mother and daughter in Criminal Court Tehran province went to trial.

After the indictment was read out against the young woman, her two daughters pardoned their mother, but the victim’s eldest daughter, who was his first wife, demanded retribution.

The first-degree defendant then appeared at the scene. She said: “My husband was separated from his first wife که who came to propose to me. She was 18 years older than me, but because I was not well, I agreed to marry her. We had two daughters during the years we lived together. At the time of the accident, my little girl, now 10 years old, was not more than eight years old, and my eldest daughter was 14 years old. My wife was a bad man, she used to harass, beat and insult me ​​a lot. I was tolerant myself, but I was very upset when I saw him fighting with the children. His first wife was also involved and separated because of his mistreatment.

Defendant continued: On the day of the incident, my wife was teaching my little girl. He became angry while teaching and beat and cursed the child. I was very upset, I said what right do you have to hit the baby. You have no right to raise your hand against my child. He got angry and attacked me too. Then he beat the child harder. I was so angry that I did not understand what happened. I got involved with him. When she fell to the ground, I killed her, although I did not intend to kill my husband. I did not understand what happened at all.

The accused’s eldest daughter then took the stand. “I did not intend to hide my father’s murder,” he said. I just wanted my parents to end this conflict. After my father died, I also wanted to not lose my mother. My sister and I are very lonely.

After the statements of both defendants, the judges of the Tehran Criminal Court got into a frenzy and sentenced the first-degree defendant to retaliation on the charge of premeditated murder at the request of one of the parents. According to They acquitted Article 37 of the Constitution and Article 4 of the Code of Judicial Procedure.